Harvey Dinnerstein, a realist artist who documented the Montgomery bus boycott in drawings that captured civil rights activists’ dignity and resolve, and who later channeled the rhythms of his native New York in grand-scale paintings of street parties, subway scenes and ordinary people at work, died June 21 at a hospital in Brooklyn. He was 94.

The cause was complications from a fall, said his niece, concert pianist Simone Dinnerstein.

Mr. Dinnerstein launched his art career in the early 1950s, making realist paintings inspired in part by the work of Rembrandt, Degas and German artist Käthe Kollwitz. While most of his peers turned toward abstraction, he remained defiantly committed to realism, seeking to apply the centuries-old tradition of figurative painting to his vivid, socially conscious depictions of contemporary life.

Looking at one of his portraits — of a New York subway worker, perhaps, or a dancer from Brazil — “you would think you were looking at a major Velázquez or Sorolla,” at a painting by “one of the grandmasters,” said Alice Levi Duncan, senior director at the Gerald Peters Gallery in New York that represents Mr. Dinnerstein. His work had “reverence for the past,” she said in a phone interview, “but translated it into the 21st century.”

Mr. Dinnerstein worked with oils, pastels and engravings but was probably best known for drawings he made in early 1956, when he traveled to Alabama with fellow artist Burton Silverman, a high school classmate, to chronicle the bus boycott in Montgomery.

The duo had been moved by newspaper accounts of the boycott, a year-long campaign that ultimately succeeded in desegregating the bus system, and sought to make illustrations that would complement the work of journalists like Murray Kempton, whose columns in the New York Post had first captured their attention.

With their thick New York accents and sketchpads in hand, the 27-year-old artists were obviously outsiders. But they soon gained the trust of activists in Montgomery, attending private church meetings and visiting organizers’ homes as they drew people carpooling to work or walking alone to the office or grocery store.

The artists also documented the trials of the boycott’s leaders, including the Rev. Martin Luther King Jr., and drew organizers such as Rosa Parks, who launched the boycott with her refusal to give up her bus seat to a White man. Mr. Dinnerstein’s pencil and pastel drawing of Parks showed her holding a Bible in a moment of contemplation, with her head bowed and a cross on her chest.

“You look at that image of Rosa Parks and you get a sense of her calm,” said Heather Campbell Coyle, curator of American art at the Delaware Art Museum in Wilmington. In a phone interview, she praised Mr. Dinnerstein’s “absolute mastery” of figurative drawing, adding that the way he captured Parks “gives you such a sense of her quiet dignity and strength.”

Mr. Dinnerstein and Silverman made about 90 pictures, half of which were acquired by the Delaware Art Museum. Some of the illustrations ran in newspapers and magazines, and many were exhibited at a gallery in New York. Covering the boycott reaffirmed Mr. Dinnerstein’s commitment to realism, although he also sought to move away from journalism.

“At some point I started to realize that it wasn’t enough just to record incidents,” he told the Epoch Times in 2017. “One had to reach beyond the narrative, beyond the moment, for something deeper, more transcendent … to some other level of perception.”

Still, he continued to find inspiration from ordinary events, while walking through Central Park or taking the subway from his home in Brooklyn to art classes in Manhattan, where he taught for 40 years at the Art Students League of New York.

Many of his works seemed to celebrate diversity and resilience, showing a mix of young and old, White and Black, partying outside a Brooklyn brownstone or gathered together on a train. One of his most evocative paintings, “Underground Together” (1996), stretches nearly nine feet and shows a dozen figures aboard a subway car, glimpsed from the platform before the door slams shut.

The crowd includes a businessman, a construction worker, a mother and child, a beggar crouched with a cup and a young man passing him change. At the door stands Mr. Dinnerstein himself, easily recognizable with his glasses and white beard, recording the scene in his sketchbook.

The older of two brothers, Harvey Dinnerstein was born in the Brownsville section of Brooklyn on April 3, 1928. His mother was a homemaker from Belarus, and his father was a pharmacist and labor union activist who joined the Communist Party USA and marched for civil rights. Both of them supported his desire to become an artist.

“They had no special interest in art, or conception of what it meant to be an artist,” Mr. Dinnerstein told Linea, an Art Students League publication, in 2021. “But they had convictions that placed human values above monetary concerns, and encouraged me to pursue my studies in a field that was totally alien to them and must have seemed, at the time, completely impractical.”

Mr. Dinnerstein was admitted to the High School of Music & Art in Manhattan and took weekend classes from Russian-born figurative painter Moses Soyer, a prominent figurative artist. He later studied at the Art Students League, and he graduated in 1950 from the Tyler School of Art at Temple University in Philadelphia.

Drafted into the Army during the Korean War, he made greeting cards for G.I.s while stationed at Fort Monmouth in New Jersey. (According to family lore, it was his drawing ability that kept him from being sent to Korea.) In 1955, he had made his solo debut in New York with an exhibition at the Davis Galleries in Manhattan. A New York Times reviewer likened his “deft and subtle figure drawings” to works by French artist Édouard Vuillard.

Over the next decade, Mr. Dinnerstein began to support his art career by illustrating books (including a collection of Sherlock Holmes stories for Macmillan) and taking commissions. Esquire sent him to Washington in 1968 to draw the Poor People’s Campaign, an anti-poverty effort originated by King.

Mr. Dinnerstein later illustrated the Grammy-winning album cover for “The Siegel-Schwall Band,” a 1971 record by the blues-rock group of the same name. He taught at the School of Visual Arts and the National Academy of Design, both in New York, before moving to the Art Students League in 1980.

Survivors include his wife of 71 years, art historian Lois Behrke Dinnerstein of Brooklyn; two children, Michael of Denver and Rachel of Endicott, N.Y.; and his brother, Simon, a fellow artist.

In an essay for Linea last year, Mr. Dinnerstein wrote that he and his wife had spent the past 17 months of the coronavirus pandemic self-quarantined at home, with virtually no contact with the outside word. “After a period of uncertainty, I found great solace when I picked up a drawing tool or brush and somehow the creative spark returned,” he wrote. “An affirmation of life, beyond the shadows of the deadly virus.”

Mr. Dinnerstein still working up until the day before he died, drawing “on the backs of envelopes, anything he could get his hands on,” his niece said.

Last year, he completed a pastel called “From Darkness Into Light” showing an old woman with a mask over her face, leading a child through a dark tunnel and toward a brightly lit garden. 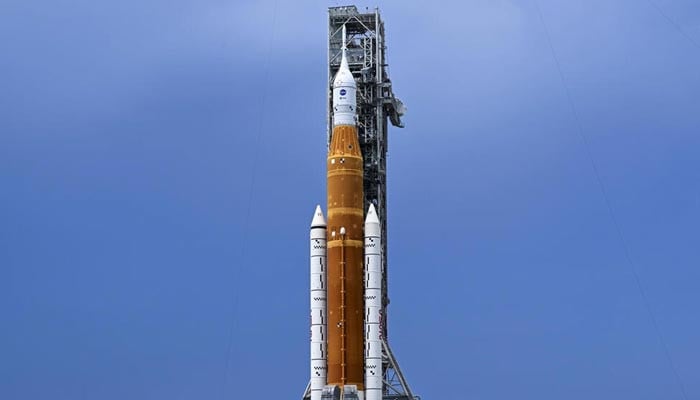