Larry Storch, a comic actor best known for his role as a bumbling corporal in the 1960s sitcom “F Troop,” set at the fictional Fort Courage in the Old West, died July 8 at his home in Manhattan. He was 99.

The cause was complications from Alzheimer’s disease, said his stepdaughter, June Cross.

Mr. Storch’s career stretched back to the 1930s, when he began working as a comedian and impressionist in burlesque houses, and included stand-up comedy, hundreds of television appearances, film and theater roles, and voice-over parts in animated films.

Yet it was a goofy sitcom that gave him his widest recognition, portraying the likable yet hapless Cpl. Randolph Agarn on “F Troop,” which ran from 1965 to 1967 on ABC and featured the shenanigans of an Army unit at a frontier outpost.

Mr. Storch was the sidekick of the wily Sgt. Morgan O’Rourke, played by Forrest Tucker, who was continually hatches harebrained moneymaking schemes, often in cahoots with leaders of a local Indian tribe called the Hekawi. The commanding officer of the fort is an inept dilettante played by Ken Berry.

The show’s humor was often broad, farcical and built on crude cultural stereotypes, but Mr. Storch emerged as the comic star of “F Troop.” With his expressive face and gift for mimicry, he played Agarn as something between a rogue and buffoon, entangled in one misfiring plan after another.

He was constantly encountering cousins from all over the world — played by Mr. Storch, of course, in various accents — who somehow managed to make their way to Fort Courage from Russia, Canada or Mexico. His hat, with its upturned brim, seemed to fall in the dust in every episode, or else he used it to batter other F Troop soldiers who were even more incompetent than he.

Agarn frequently mentioned his hometown of Passaic, N.J., and in one episode, both candidates for mayor converge on Fort Courage to seek the corporal’s absentee vote to break an electoral tie. Tucker’s character tries to make money off the electioneering, as the corporal laments, “I only regret that I have but one vote to give to my city.”

In the end, his vote is thrown out because he cast his ballot in a saloon, where whiskey was served in violation of election laws.

Something of a 1960s mash-up of “Gilligan’s Island,” “Hogan’s Heroes” and “Gomer Pyle, U.S.M.C.,” “F Troop” was canceled after two seasons, but it has lived on in syndicated reruns for more than 50 years.

Lawrence Samuel Storch was born Jan. 8, 1923, in the Bronx and grew up in Brooklyn and Manhattan. His father was, at different times, a cabdriver and real estate agent, and his mother was, among other jobs, a telephone operator and jewelry store owner.

Mr. Storch attended DeWitt Clinton High in the Bronx, where one of his classmates was the comic actor Don Adams. He began to perform as a teenage impressionist and dropped out of school to pursue a career in show business.

“My mother ran a rooming house on West 77th Street in the 1920s,” Mr. Storch told the Wall Street Journal in 2012. “Many of the tenants were immigrants and the communal telephone was right outside our apartment. I listened to those accents for hours through our door.”

He found moderate success in nightclubs from Boston to Miami. Inspired by the jazz musicians he frequently worked with, he taught himself to play the saxophone.

During World War II, he served more than three years in the Navy. One of his shipmates was a fellow New Yorker named Bernie Schwartz, who told Mr. Storch of his ambitions to be an actor.

“I told him that if he ever needed help he could find me and I would put in a word for him,” Mr. Storch later said. “But I advised him to get out of the business, because I knew firsthand how hard it was to make a living in show business. It’s a good thing he didn’t listen to me.”

Tony Curtis dies at 85; starred in ‘Some Like It Hot’ and ‘Sweet Smell of Success’

In the early 1950s, Mr. Storch replaced Jackie Gleason as host of the variety show “Cavalcade of Stars” and briefly hosted his own TV show in 1953. He voiced several characters in the “Koko the Clown” animated short film features in the 1960s and was a frequent guest star on such programs as “The Phil Silvers Show” and “Car 54, Where Are You?” Curtis also found roles for Mr. Storch in several of his films, including “40 Pounds of Trouble,” “Captain Newman, M.D.,” “Sex and the Single Girl” and “The Great Race.”

After “F Troop,” Mr. Storch had a recurring part in “The Doris Day Show,” acted in the 1975 airline disaster film “Airport 1975” and was reunited with Tucker for the short-lived TV show “The Ghost Busters” (1975), which had no connection to the 1984 blockbuster film “Ghostbusters.”

He also appeared in regional theatrical productions of “Arsenic and Old Lace” and “Annie Get Your Gun” and in a national tour of “Porgy and Bess,” playing a devious, racist detective, the opera’s only White character.

In 1961, Mr. Storch married Norma Greve. They previously had a relationship in the late 1940s and gave up a daughter for adoption.

Greve later had another daughter, June, from a relationship with Jimmy Cross, a dancer in the once-popular nightclub duo of Stump and Stumpy. Because her daughter was biracial, Greve faced ostracism and was forced out of her apartment in New York. Worried about the difficult life she and her daughter would face, she asked a Black couple she knew in Atlantic City to raise June.

“I think the truth of it is that she loved me enough to give me away,” June Cross told The Washington Post in 1996.

June often visited her mother and stepfather in New York and Los Angeles, but she was never publicly identified as her mother’s daughter out of fear of damaging Mr. Storch’s career. All three sets of grandparents — Norma Storch’s, Jimmy Cross’s and Mr. Storch’s — refused to have anything to do with their granddaughter or her mother.

In 1996, June Cross, a TV news producer who is now a professor at the Columbia Graduate School of Journalism, produced a documentary, “Secret Daughter,” about her relationship with her mother.

After “Secret Daughter” aired on the PBS program “Frontline,” the Storches were reunited with Candace Herman, their daughter who had been adopted by another family in the 1940s.

Norma Storch died in 2003. In addition to Cross, of Manhattan, and Herman, a teacher, of Los Angeles, survivors include a stepson from an earlier marriage of Norma Storch’s, retired history professor Lary May, of Minneapolis; five grandchildren; and four great-grandchildren.

Mr. Storch settled permanently in New York in the 1990s and often played his saxophone in Central Park. He made sporadic appearances on television and in comedy clubs into his 90s and often signed autographs at show business nostalgia festivals. He was never embarrassed about the slapstick TV comedy that made him famous.

When discussing how to approach the role in “F Troop,” Mr. Storch recalled that Tucker asked him, “What do you know about horses?”

“They give milk and bite at both ends,” Mr. Storch replied. 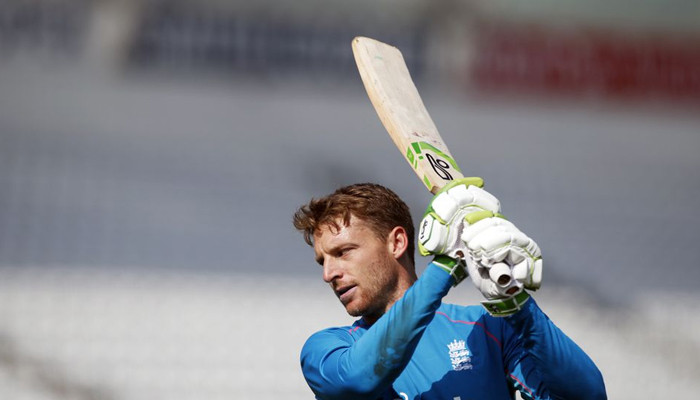