Rain began to fall as I carried my infant daughter up Fifth Avenue in the spring of 1988. I ducked into the nearest shelter, which happened to be the lobby of Trump Tower.

“Hey, it’s the Irish kid,” somebody called out.

I looked over and there was John Gotti, boss of the Gambino crime family. He was unshaven for the first and only time I had seen him, and I figured he must have been up in one of the apartments. I had contributed to him becoming a celebrity gangster with a New York Magazine cover story two years before. I knew that Mafiosi sometimes used “kid” to describe an associate of whatever age. I was 36, and I suddenly felt like a kind of accomplice.

Reflexively, I turned away with little Sinead Daly in my arms. New fatherhood had made me hyper conscious of the dirt and fumes I otherwise would not have noticed as I carried her up the street outside. I now had the sudden and alarming sense that she was in the presence of absolute evil. I answered him nonetheless.

Several days later, a box from Tiffany’s arrived at my Brooklyn home. I opened it to discover a small silver cup with a kitty — in Italian a gatto — engraved on the side.

“To Sinead from J.G.,” the inscription read.

I did not want Sinead anywhere near this gatto from Gotti, and I threw the gift in a bottom drawer. Gotti strutted about for another five years until he was finally brought down by a team of prosecutors and agents headed by another J.G., only one you would be glad for your kid to meet: Assistant U.S. Attorney John Gleeson.

Gleeson has now written “The Gotti Wars: Taking Down America’s Most Notorious Mobster,” a meticulous chronicle of good triumphing over evil. He notes that Gotti addressed him in a very different way than he did the reporters who helped glamorize the Mafia boss into more than a murderous thug.

“He loved calling me an ‘Irish faggot,’ ” Gleeson writes.

The book comes to us 30 years after the guilty verdict that is the saga’s climax and two decades after Gotti’s death in prison from throat cancer. The American Mafia itself is all but gone.

But Gleeson manages to make the oft-told tale of Gotti’s downfall fresh with new perspective, insight, wisdom and humor. Gleeson brings readers along on a kind of coming of sage journey that began in the spring of 1985, when this son of the Westchester suburbs was a 31-year-old fledgling prosecutor with the U.S. attorney’s office for the Eastern District of New York in Brooklyn.

A senior prosecutor named Diane Giacalone enlisted him to assist in a case against Gambino crime family underboss Aniello Dellacroce and then lesser members such as John Gotti. The Gambinos had long been a target of law enforcement, and there was a trove of electronic surveillance for Gleeson to review that accorded him an education in mob language. He listened to hours of recorded gangster chatter captured on wiretaps.

“For some reason,” he writes, “I’d thought ‘youse’ was a plural pronoun, but I quickly learned otherwise.”

As this exchange made clear:

He discovered that gangsters had favorite expressions.

The case seemed to lose much of its importance on Dec. 2 of that year, when the lead defendant, underboss Dellacroce, died of cancer. Then, 14 days later, Gotti and his crew staged a gangland coup, gunning down Gambino boss Paul Castellano and his driver, Tommy Bilotti, outside Sparks Steak House in Manhattan. The news broke when Gleeson was home asleep. He writes that his wife woke him and told him “to come out to the living room to watch what was happening because Paul Castellano was dead and John Gotti was going to be the new Gambino boss.”

Suddenly, Giacalone and Gleeson’s case became the biggest mob prosecution in the country. I confess to having joined in the breathless reporting on Gotti as a new Al Capone, without the scar and with a better coif, thanks to a daily haircut.

But Gotti beat the rap, and the big case became a huge defeat. Gleeson did not learn until long afterward that one of the jurors had been bribed. Gleeson writes that he figured at the time the acquittal came partly because the judge allowed the defense lawyers to verbally savage and humiliate Giacalone in the courtroom.

Giacalone left the Eastern District soon after. Gleeson finally got a second chance to prosecute Gotti in 1992. Gotti had since also been acquitted in a state case and had become known as the Teflon Don. Gleeson introduces readers to George Hanna, an FBI agent, and Kenny McCabe, an investigator with Brooklyn’s District Attorney Office, and other greats of New York law enforcement who quietly did their jobs, undermining Gotti even as we in the press made him a celebrity gangster.

When he took over as boss, Gotti had moved his headquarters from the Bergin Hunt and Fish Club in Queens, which had nothing to do with hunting or fishing, and everything to do with truck hijacking and loan sharking. He settled into Dellacroce’s former social club in downtown Manhattan, the Ravenite, which had everything to do with crime of all kinds. He apparently thought he was secure from eavesdropping in an upstairs apartment an elderly woman of the neighborhood let him use for covert meetings. He was wrong, and the resulting recordings alone would almost certainly have been enough for a conviction. His fate was sealed, however, when his underboss, Sammy “the Bull” Gravano became what was then the highest-ranking mobster ever to cooperate with investigators.

Some readers may feel the government was too charitable with Gravano, who was sentenced to five years after admitting to 18 murders, including those of Castellano and Bilotti, as well as his wife’s brother.

The book convincingly argues that, along with ensuring Gotti’s conviction, other information Gravano provided and the precedent he set caused other high-ranking mobsters to flip, dealing a virtual death blow to the American Mafia.

“His extraordinary cooperation had earned him unparalleled leniency,” Gleeson writes. “The sentence would spread through the prison system like wildfire. The flood of cooperation we’d already seen since Gravano flipped would soon become a tsunami.”

After Gravano’s sentencing, Gleeson returned to his desk and saw a phone message from the White House. His nomination for a federal judgeship had been confirmed.

“As a direct result of John Gotti,” Gleeson writes, “I was a district judge at the age of forty-one. My life in crime had paid off.”

Gleeson was on the bench for more than two decades before stepping down and joining a prominent law firm. He now presents us with this book about the takedown of someone who really was America’s most notorious mobster. The acknowledgments accord due credit to an Italian American from Queens who otherwise is everything Gotti was not.

“Diane Giacalone empowered me by giving me so much responsibility, and then taught me how to try a case,” Gleeson writes. “When a defense that started out as criminally misogynistic and then became just plain criminal resulted in across-the-board acquittals, she showed me and everyone what grace under pressure looks like.”

The silver cup with the gatto from Gotti came out of the bottom drawer only after good had prevailed and my daughter Sinead was in her teens.

The answer was as simple as the difference between the two J.G.s. The Irish Kid is sending her this book as a worthy gift.

Michael Daly is a special correspondent with the Daily Beast. His most recent book is “New York’s Finest: Stories of the NYPD and the Hero Cops Who Saved The City.”

Taking Down America’s Most Notorious Mobster

October 6, 2022
Oscar winners cut off their hair in France 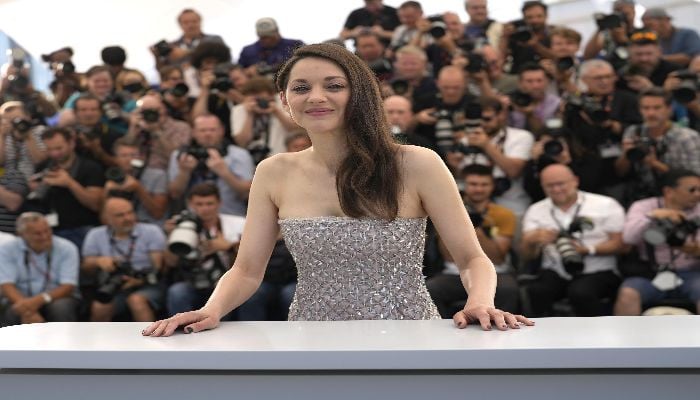 Oscar winners cut off their hair in France