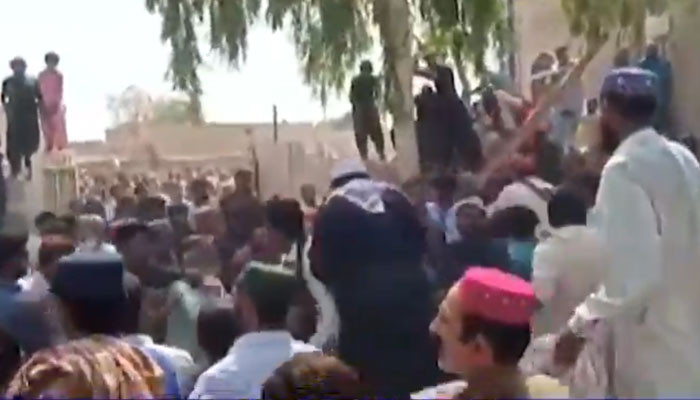 KARACHI: Voting process ended for the first phase of local government elections in 14 districts from four divisions of Sindh being held today (Sunday) and the counting of votes is underway amid reports of violence and clashes in several districts.

The polling began at 8am and continued until 5pm without any pause. The ECP has announced extending the voting time in areas where the polling was stopped due to some reason.

Elections in the rest of the districts of Sindh will be held on July 24, The News reported.

Earlier in the day, the local body elections were postponed in a few wards due to misprinting (typographical error) of the names of candidates in the ballot papers, confirmed a spokesperson of the ECP.

He maintained that the ECP will issue a new schedule for elections on the seats. The spokesperson said that the ECP has launched an inquiry in this regard.

Meanwhile, several candidates in Nawabshah staged protests over misprinting of election symbols in the ballot papers.

A TLP candidate was of the view that he was allotted the symbol of a “crane” but it was printed as a “queen” in the ballot papers. However, the presiding officer stopped the voting process on the seat.

Some incidents of violence, clashes and attacks on polling officials were also reported in different areas of the province.

Regional Election Commissioner Naveed Aziz informed in writing to the concerned SSP about the incident.

When contacted, SSP Saud Magsi said that they have registered a case against 15 people for their alleged involvement in the case.

In another incident of violence, seven polling staffers were abducted in the Kandhkot area of Kashmore.

In Naushero Feroze, the voting process was stopped temporarily when clashes erupted between two rival groups. At least four people were injured.

A clash also took place between two political parties in UC Trihmar in Tharpark District, according to the police. It added that both the groups had baton charged each other.

While two candidates also fought each other in the Tehsil Kloi that injured a few people.

Violence between two political groups killed one person at a polling station of Tando Adam’s Municipal Committee Ward 13. The clash also injured a candidate and 12 others.

In Kandhkot, opponents attacked the vehicle of JUI-F leader and candidate for the municipal committee, Shoukat Malik, with batons, breaking its windscreen.

In addition to this, the ECP directed the deputy commissioners and DROs to take action over snatching election material at three polling stations in Shaheed Benazirabad District.

Central spokesperson of JUI-F slammed the ECP over its failure to fulfill its duties, adding that their party workers were targeted and a police was a silent spectator.

13 arrested for riots in Pano Aqil

At least 13 people, involved in riots, were arrested in Pano Aqil, said a spokesperson of the ECP. He maintained that an attempt to stop the election was foiled timely.

The ECP extended the polling time in areas where the polling process had to be stopped due to the violence that took place.

Referring to the misprinting in the ballot papers, the MQM-P leader raised questions over the performance of the ECP.

Pointing out the low turnout, Wasim Akhtar said that voters are frightened due to firing, adding that fair elections could not be possible in this situation.

“Local body elections in Nawabshah and Mirpur Khas should be stopped as rigging is in full swing in these areas,” he demanded.

In addition to this, he demanded of the ECP to remove flaws in voter lists and revise the delimitation.

“The elections are a question mark on the PPP,” he added.

PTI’s senior leader and former Sindh governor Ali Haider Zaidi warned that the Sindh government and the ECP would be responsible if the situation worsened in the province.

Fearing bloodshed amid the democratic process, he said that PPP used government machinery during its election campaigning.

“Have the ECP served notices to Bilawal Bhutto and Murad Ali Shah?” asked the PTI leader.

It is pertinent to mention here that the election commission has established 9,023 polling stations, including 1,895 for women, to facilitate over 11 million registered voters.

Meanwhile, monitoring cells have been established in Islamabad and at the office of the Sindh election commissioner to ensure transparent elections, the spokesperson added. 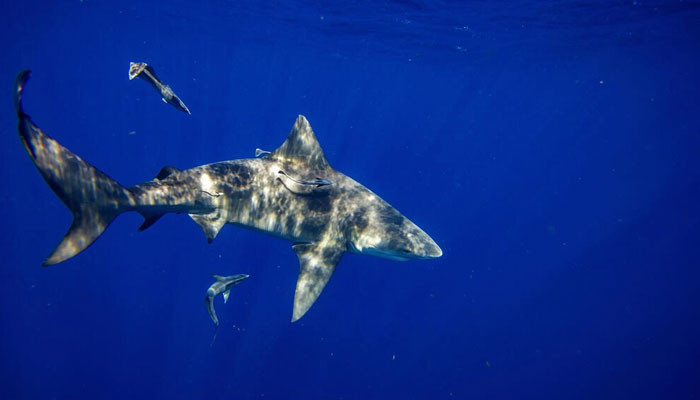