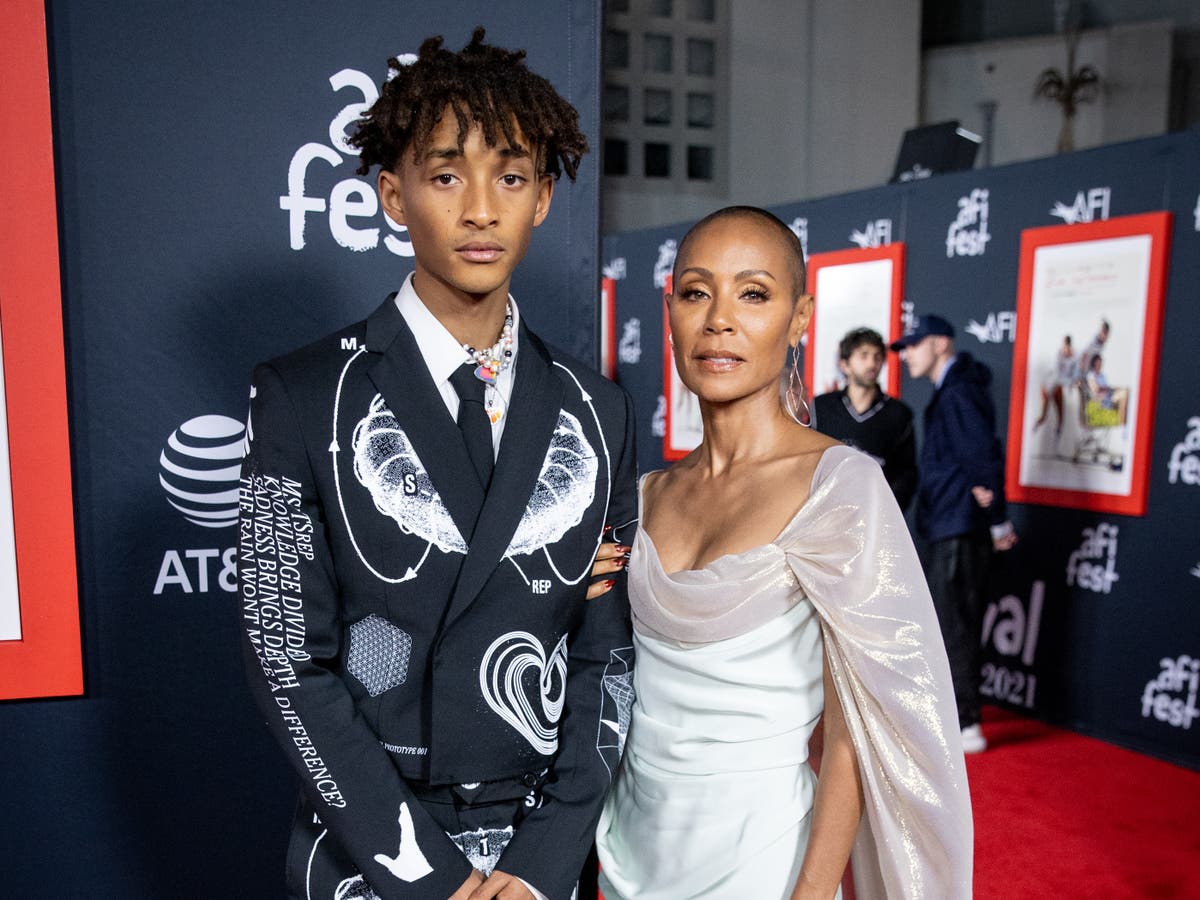 Jada Pinkett Smith once allegedly turned down a marriage proposal from Tupac Shakur, according to a resurfaced interview featuring her son Jaden Smith.

Smith, 23, the son of Pinkett Smith and Will Smith, discussed his mother’s relationship with Shakur, who was shot and killed in 1996 at the age of 25, during an interview with radio personality Big Boy in 2018.

A portion of the clip, in which the 23-year-old actor discusses his famous parents and their legacy, has since gone viral after it was uploaded to YouTube earlier this month.

In the clip, Smith was asked about his experience growing up with famous parents, and the pressures associated with his parents’ fame, as well as how he has managed to create his “own lane”.

In response to the question, the rapper acknowledged that he didn’t understand “how people feel” about his parents until he “went out into the world”.

The couple’s eldest child then reflected on his mother’s close relationship with Shakur, who is widely considered one of the most influential rappers of all time, after spotting a photo of the late artist in the studio.

“I’m looking at this picture right here of Tupac on the shirt right there, and Tupac asked to marry my mom,” Smith continued. “And she was like: ‘Pac, we’re best friends.’”

The recollection prompted Big Boy to joke: “Well, they say marry your best friend, but I’m glad they didn’t,” a sentiment Smith agreed with while laughing.

Pinkett Smith and Shakur were childhood friends, with the pair growing up together before attending the same performing arts school in Baltimore, Maryland.

Pinkett Smith has spoken about her late friend on a number of occasions, although she has denied rumours that she and Shakur had a romantic relationship.

“I know that most people want to always connect it in this romance thing, but that’s just because they don’t have the story,” she told Sirius XM host Sway Calloway in 2017 about her relationship with the California Love singer.

However, the pair did maintain a close friendship, with the Girls Trip star sharing a never-before-seen poem that Shakur had written for her in June 2021, on what would have been his 50th birthday.

“Tupac Amaru Shakur would have been 50 midnight tonight,” Pinkett Smith wrote at the time. “As we prepare to celebrate his legacy … let’s remember him for that which we loved most … his way with words. Here are a few you may have never heard before.”

Despite the platonic nature of their friendship, Pinkett Smith’s husband Will, who has been embroiled in controversy since slapping Chris Rock in defence of the Red Table Talk host at the 2022 Oscars, previously revealed that he was jealous of the relationship his wife shared with the rapper.

“F**k yeah. That was in the early days. That was a big regret for me, too, because I could never open up to interact with Pac,” the Hitch star admitted during an appearance on the radio show The Breakfast Club in January 2020. “They never had a sexual relationship, but now they had come into that age where that was a possibility, and Jada was with me.”

The Independent has contacted a representative for Pinkett Smith for comment. Mike Tyson Has Sciatica, Know More About This Nerve Condition