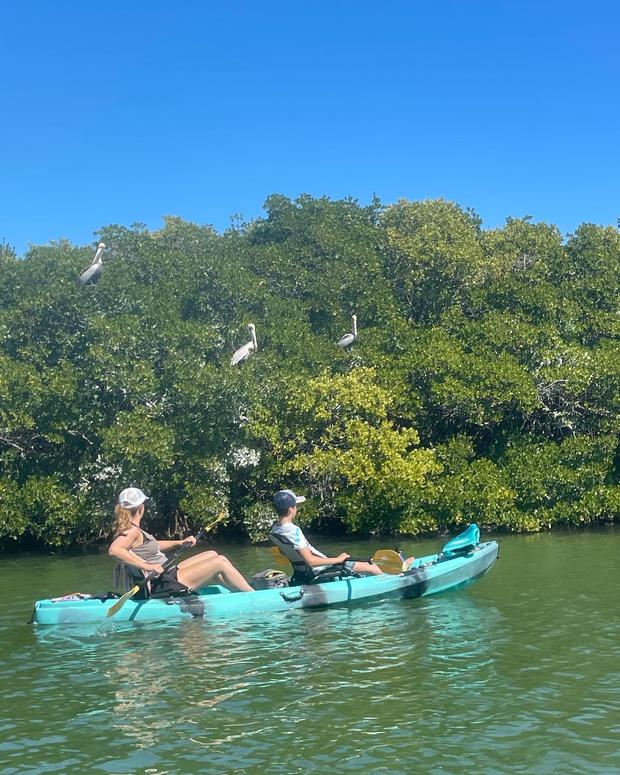 Sally Starkey thought moving from Chicago to Florida would be easy. The 33-year-old publicist moved to Naples, Florida, when her husband got a nearby job. Familiar with the area from friends and family who vacationed there, the couple was excited to move, she said.

“We thought we would have no problem finding a place to live,” Starkey said.

She was wrong. The couple inquired into two dozen apartments before agreeing to lease a townhouse in north Naples — sight unseen. “It took us up until two weeks before we were out of our apartment in Chicago,” Starkey said.

At $3,500, meanwhile, the rent on their two-bedroom, two-bathroom townhouse is about 20% more than what they paid in Chicago, although she considers herself fortunate given the alternatives. “I’m telling you, we lucked out,” she said.

The couple’s experience encapsulates several key housing trends that are combining to make it harder — and pricier — for Americans to put a roof over their heads. Most important, rents and home prices are soaring at their fastest rate in years, raising the financial burden on millions of working- and middle-class households already struggling to afford a place to live. A shocking bout of inflation, following the economic spasm caused by the pandemic, is adding to those pressures.

Rents, which are rising by double-digits nationwide, are positively ballooning across Florida, fueled by a surge of people who relocated to the state during the pandemic. Florida’s population is growing faster than any state but Texas: Between 2020 and 2021, 300,000 people moved to the Sunshine State.

In February, Realtor.com designated Miami as America’s least affordable place to live. Average monthly rents in the metro area, at $2,930, are on par with San Francisco and Los Angeles — and double the level considered affordable for people in the region given the local median income. Miami, Orlando and Tampa have the fastest-growing rents in the country over the past year.

“These Sun Belt markets, and Florida in particular, have topped our lists for the last couple months,” said Danielle Hale, chief economist at Realtor.com.

Florida’s housing woes have been festering for years, with the state enjoying robust population growth while also courting new residents and businesses attracted by the low taxes and an anti-regulation agenda.

Policymakers in Florida have tried to diversify the tourism-heavy economy with new jobs in banking, technology, life sciences and logistics, said John Boyd, principal of the Boyd Co., a site-selection firm in Boca Raton, Florida. For individuals, a lack of personal income tax and relatively low property taxes combine with sunny weather to make the state an attractive destination for high-paid professionals.

A slew of recent high-profile corporate moves to Florida, including Goldman Sachs, Elliott Management and Virtu Financial, have boosted Florida’s profile, while the pandemic’s shift to remote work turbocharged relocations, Boyd said. The level of inquiries his company gets from firms interested in moving to the state has grown tenfold compared to before the pandemic.

“Based on what our clients are telling us, that hybrid model is here to stay.”

Good work if you can get it

Data from Realtor.com shows that a great deal of the demand for housing in Florida comes from out of state. One-fifth of searches for real estate in Miami originate from the New York City area; another 8% from Washington, D.C. Washington and New York make up 15% of the demand for Tampa housing.

Indeed, prices that are historically high by Florida standards may not deter someone fleeing even pricier New York or the Bay Area, Boyd said.

Jacqueline Fisch, a 41-year-old public relations executive, was able to parlay the pandemic’s flight to the suburbs in her favor when she moved from central New Jersey to Tampa last year.

Fisch had moved to New Jersey in 2020 to be near her husband’s Manhattan job, but by that summer both were working remotely and their two kids were attending school from home. On a Christmas vacation in Florida, the family had a revelation.

“By day three, it was 75-degree weather and we said, Wait, we can live here,” Fisch said. They started planning their move on the flight back.

By January, the family’s New Jersey home was under contract for $200,000 over what they’d paid for it. They put the profits into a property still under construction in north Tampa that cost about $450,000, moving to buy the house with only the foundation poured and beating out three other potential bidders. They moved in in September.

She said she doesn’t love the traffic, but appreciates everything else: “The beaches, the Gulf, kayaking — being able to be outside, comfortably be outside, almost all the time.”

“I’m leaving as soon as I can”

Although Florida is increasingly attractive as a place to live for many Americans, the influx is squeezing many long-time residents, especially low-paid service industry workers and older residents on a fixed income. The state explicitly prohibits rent control, which could put a cap on skyrocketing rents.

Michele DeMoske-Weiss, a retired nurse who lives on a fixed income, is ready to bail after 30 years living off and on in the state.

“For the first 15 years it’s great, it feels like you’re on vacation, and then for the second 15 years it’s miserable,” she said of living in Florida.

DeMoske-Weiss, 70, recently downsized when her landlord wanted to hike the rent on her Lake Park two-bedroom to $2,400 a month. She moved to a one-bedroom on a lower floor to keep her rent at a more manageable $2,200. She’s now thinking of moving to Washington state or Pennsylvania to be close to her children.

For others, including workers in the state’s low-paid tourism sector, leaving is harder. Many working-class families in South Florida have protested rent hikes that they say could put them on the street.

“It feels like a greedy, greedy time,” said Mike Wootan, whose rent on his Miami apartment is jumping nearly $500 a month to $3,00 in June. Wootan, 29-year, runs a cannabis company. In the year he’s lived there with his girlfriend, Wootan hasn’t been able to use his balcony or the pool at the complex because of renovations, and the increase feels like “adding insult to injury,” he told CBS MoneyWatch. “I’ve thought about it almost daily.”

Still, Wootan and his girlfriend decided to live with the increase rather than spend money on a move, which would also cost them work days. He’s been thinking more about buying a home, but said it’s financially out of reach.

“I’m getting to the point where I’m really sick and tired of renting, and it doesn’t feel like a good time [to buy],” he said. “It feels like we’re on the cusp of another bubble that’s going to burst.”

Even as the housing sector rebounds, the nation faces a shortfall of 1.3 million homes given the plunge in construction activity during the pandemic. That deficit, combined with investment firms competing with families for starter homes, means it could take years before market forces allow incomes and rents to re-align.

Meanwhile, with both rents and home values growing at dizzying rates, it makes it that much harder for renters to even consider buying a home.

“It’s a challenge in today’s market because we have such limited housing supply, whether we’re talking for-sale housing or for-rent housing, and the higher prices are making it difficult to transition into owning,” said Hale of Realtor.com. 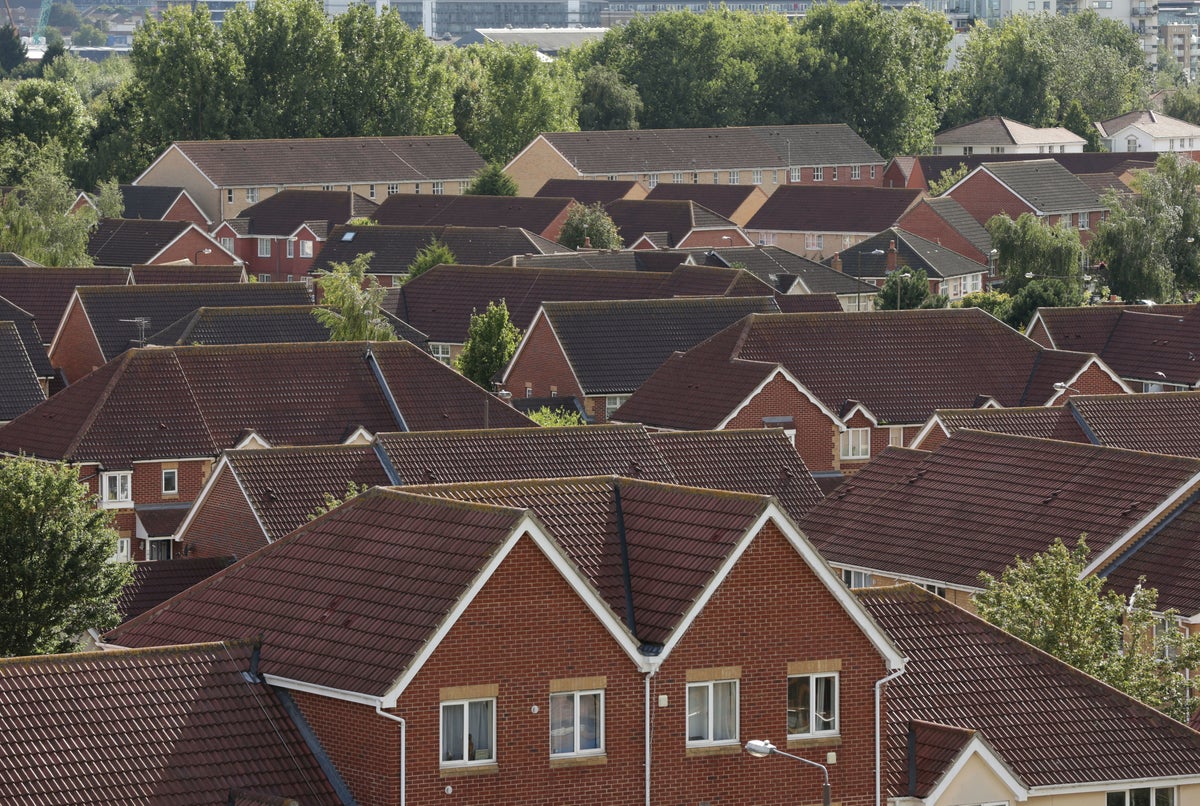