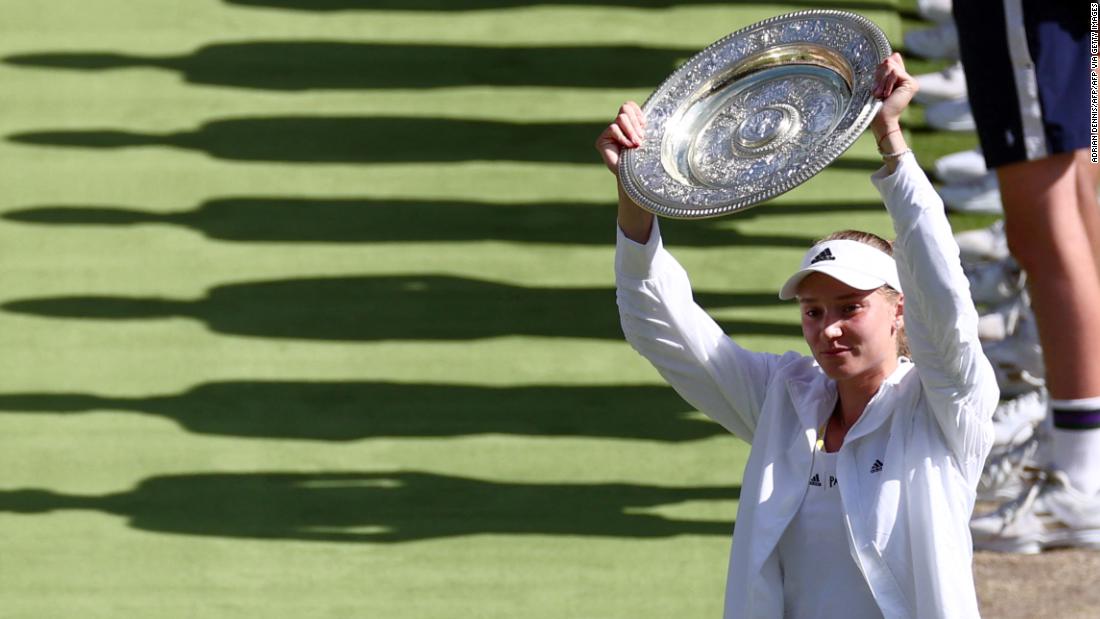 The 23-year-old, appearing in her first grand slam final, started slowly but gradually found her rhythm and powerful serve to overcome Jabeur.

Rybakina, who was born in Russia but has represented Kazakhstan since 2018, was the youngest women’s finalist at Wimbledon since 2015 when Garbine Muguruza was 21.

But at the end of an enthralling encounter, Rybakina lifted the Venus Rosewater Dish aloft as she was named Wimbledon champion.

It took just a few games of the match for the first shock. The big-serving Rybakina, who had dropped only one set in the whole tournament before the final, was broken by Jabeur in the third game to take an early lead.

And in Rybakina’s next service game, she was forced to save numerous break points as her first set chances looked to be teetering, but she managed to stave off the energetic Jabeur.

A few games later, having held serve, Jabeur’s dogged return game and masterful deftness opened up three set points to take the first set; she gladly took them with both hands.

However, despite looking rattled in the opening set, Rybakina began the second frame strongly. Behind her own accurate returns, she broke Jabeur in her opening service game to shock everyone watching.

Having taken an early lead, Rybakina almost gave up her advantage, needed to fend off multiple break points before eventually taking a two-game lead in the set.

And, under the blue London sky and bright sun, the next few games passed with very little between the two stars.

Both had to fend off break point opportunities from their opposition to hold onto serve as they showed the skills which had blown away their opponents in previous rounds.

But, Rybakina once again broke Jabeur — who had looked so solid in the opening set — in the second set, to take a commanding 4-1 lead.

And with the set on the line, she found her serving skills, having struggled early on, emphatically clinching the set to send it to a deciding set.

After a short break for water and for nerves to settle, the tennis continued at a fever pitch.

Rybakina once again broke the Tunisian to set the pace, with the pair exchanging blows. And in a tight final set, it was the Kazakhstani who just got stronger and stronger, eventually claiming her first grand slam title with another emphatic service game. 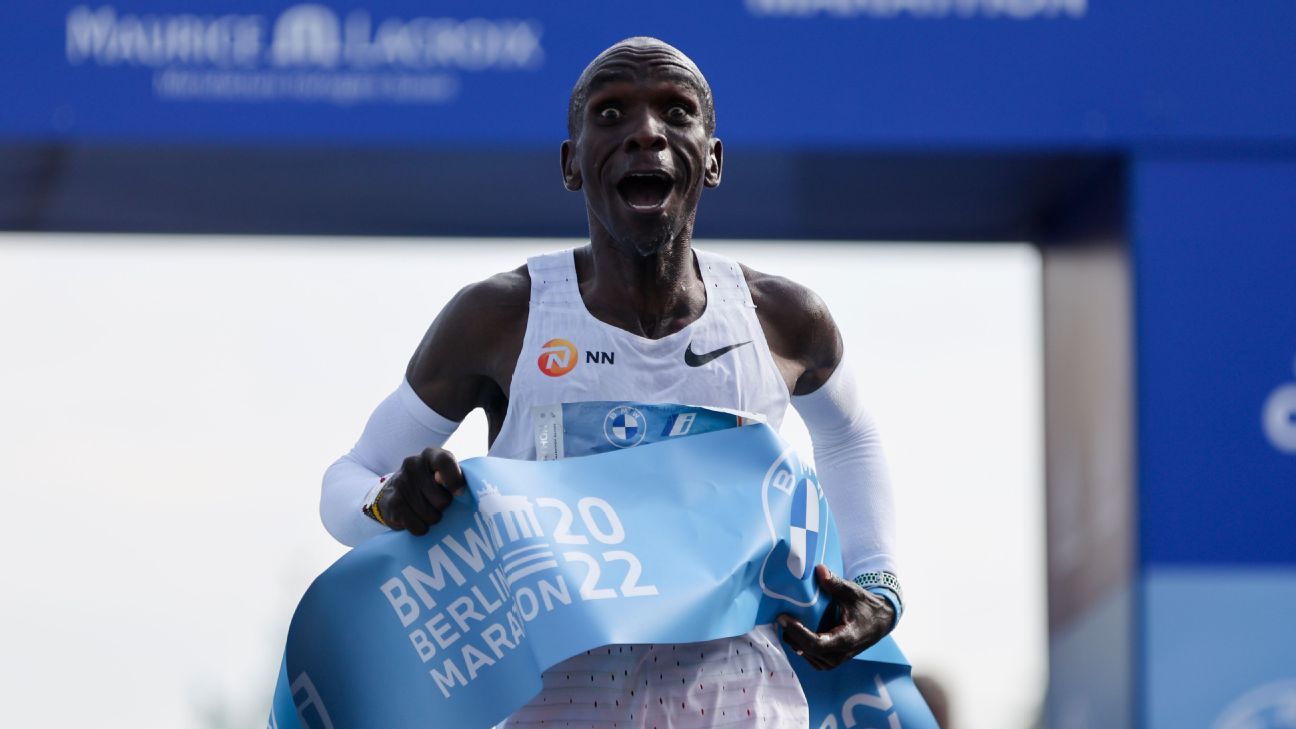