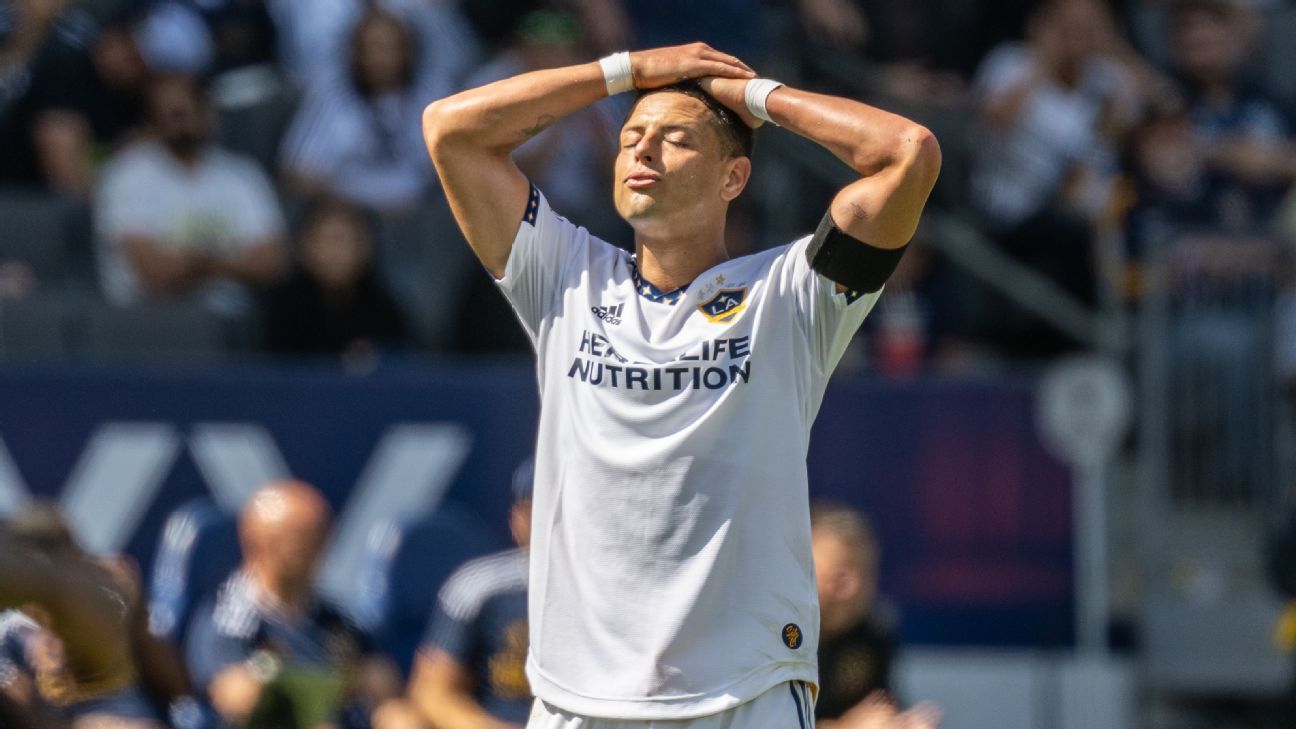 The first half of the campaign has seen the Black and Gold have things mostly their own way. LAFC sit atop the Supporters’ Shield standings with 36 points from 18 games, and such was their level of success during that span that GM John Thorrington made what could be argued as a pair of luxury signings in veteran Italy defender Giorgio Chiellini and Wales star winger Gareth Bale.

At his unveiling, Chiellini engaged in some false modesty when he said, “[LAFC] have fantastic defenders. Why did they call me?” as if a team couldn’t benefit from his pedigree (nine-time Serie A champion with Juventus, reigning European champion with the Azzurri) and experience (18 years spent in Turin). There was a kernel of truth in Chiellini’s assessment, though. Steve Cherundolo’s team is tied for the second-best defensive record in MLS, conceding just 1.1 goals per game. Its attack has been sharp as well, tied for tops in the league with 35 goals spread out among a staggering 14 players, averaging 1.94 goals per game.

Credit Thorrington for not getting complacent. The additions of Chiellini and Bale point to one of the strongest teams in the league getting stronger. Thorrington might not be done either, with ESPN analyst Taylor Twellman stating that LAFC might “roll the dice” on former Manchester United forward Jesse Lingard — who is out of contract, and in the U.S. negotiating with two MLS clubs, sources have told ESPN’s Rob Dawson — and TUDN’s Michele Giannone reporting that the club could end up moving forward Cristian Arango.

The Galaxy’s season — not to mention their offseason acquisitions — has been more hit and miss. Thanks to a defense that is fifth best in the league, LA is sitting in fourth place in the Western Conference, but its grip on that spot is tenuous: the Galaxy are just three points ahead of eighth place Minnesota United.

Of greater concern is that while Javier “Chicharito” Hernandez has largely lived up to his Designated Player billing with six goals, the team’s two other DPs, Douglas Costa and Kevin Cabral, have combined for a paltry two goals and zero assists. It reinforces the refrain that top MLS teams need their DPs to be producing at close to their maximum. With the likes of Victor Vazquez and Efrain Alvarez unable to pick up the creative slack, it’s clear the Galaxy can’t yet be included among the league’s elite.

The Galaxy did trumpet a signing of their own on Wednesday, announcing the acquisition of former Parma midfielder Gaston Brugman. At first glance, it’s underwhelming, considering the team’s needs going forward and Brugman’s talents doing little to address those. That feeling is compounded when one looks around the league and sees the ways teams are either being inventive or just using brute force in the marketplace.

Inter Miami CF got creative in acquiring former league MVP Alejandro Pozuelo from Toronto FC for what a source told ESPN is $150,000 in allocation money. It’s a low-risk, high-reward move for a team still feeling the effects of the sanctions MLS imposed for violating the league’s roster rules in 2020. If Pozuelo doesn’t work out, Miami can cut ties as his contract is up at the end of the season, which partially explains why he was available at such minimal cost. If he excels, a new deal can certainly be reached.

Toronto has been plundering the Italian market in acquiring Lorenzo Insigne from Napoli, ex-Genoa captain Domenico Criscito and reportedly Federico Bernardeschi as well, now that the 28-year-old’s contract at Juve has expired. These are the kinds of signings — star players with something still left in the tank — the Galaxy used to make. And no, Costa doesn’t fall into that category given his downward career trajectory and the circumstances by which he ended his loan spell with Gremio, in which he fell out favor with fans during a relegation-plagued campaign.

Other teams did their work in preseason. The Seattle Sounders landed Albert Rusnak as a free agent. LAFC mined the free agent market as well in getting former Sporting Kansas City midfielder Ilie Sanchez, and also acquired U.S. international Kellyn Acosta in a trade with Colorado and goalkeeper Maxime Crepeau from Vancouver. The Galaxy weren’t idle. They brought in the likes of Mark Delgado, Raheem Edwards and Vazquez, but LAFC have proved to be more adept at filling in the holes in their lineup. That is a process in which the Galaxy are still very much engaged.

Granted, not every move needs to make a splash. Players who do the dirty work can have a significant impact, and Brugman’s arrival feels more foundational than the moves that their crosstown rivals recently completed. In a video that accompanied the announcement, manager Greg Vanney spoke of how Brugman’s arrival will allow the likes of Delgado and Rayan Raveloson to play further up field. The hope is that the knock-on effect of Brugman’s arrival will raise the attacking level of the entire team, which has been decidedly average.

Major League Soccer is here! Coverage of all 28 teams with live games, replays, highlights.
Sign up now to stream soccer on ESPN+

It’s also a signing that looks to have more of Vanney’s fingerprints on it, especially when compared to the acquisition of Costa. That might seem like an obvious progression for a manager in their second year with a club, but the Galaxy’s recent history points out that having that kind of control isn’t as easy as it sounds.

The mantra of Galaxy managers and GMs in the last several years is that the organization didn’t have the scouting and data analytics infrastructure in place to be consistently effective in the transfer market. Former manager Sigi Schmid said it. Former GM Dennis te Kloese said it. Vanney, in an interview with The Athletic two months ago, mentioned that the process is ongoing. It hints that the organizational dysfunction that has plagued the Galaxy organization since the departure of Bruce Arena in 2016 hasn’t entirely been eradicated.

If Brugman is successful, his modest background — he spent the last season in Spain’s second tier with Real Oviedo — would count as a sign that at least in this case the Galaxy did their homework. But it also seems a bit of a reach to rely on Delgado and Raveloson to kick-start the attack, despite the latter scoring twice in last weekend’s 4-0 demolition of CF Montreal. Both are solid players, but neither performer’s history points to them being consistent chance creators, which is what Chicharito needs to really excel.

Friday’s match is just one in a long season. As with most derbies, current form counts for little, but LAFC’s long-term prospects seem brighter as they put some distance between themselves and their rivals. 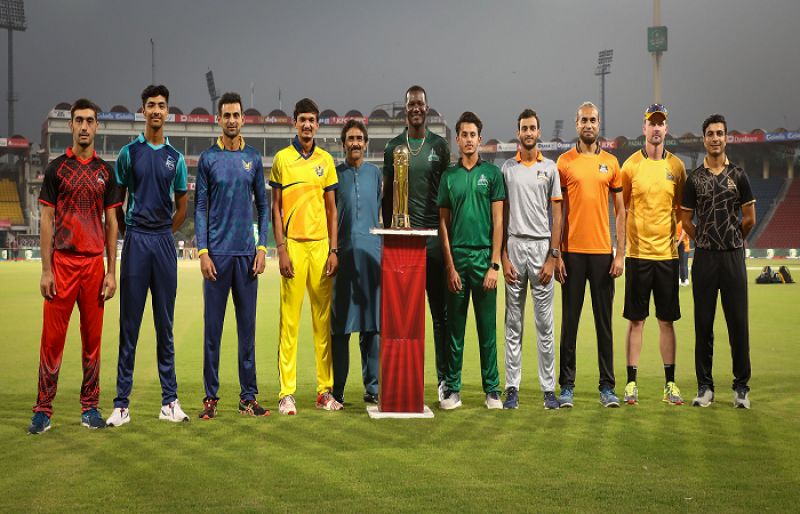