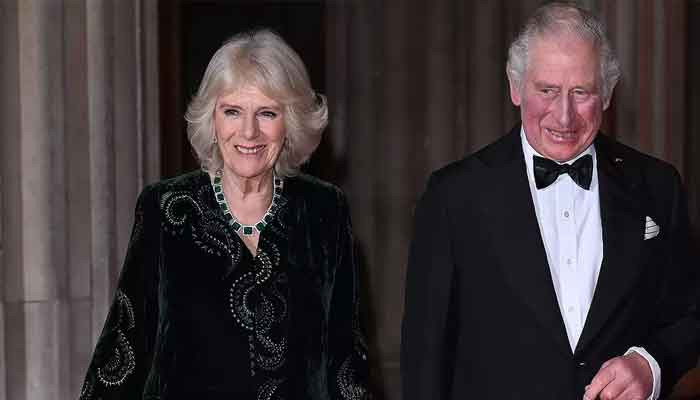 Further details about Prince Charles and Duchess Camilla’s Spring Tour to Canada have been announced.

Below is the full statement issued by the Clarence House:

“At the invitation of the Canadian Government and to mark Her Majesty The Queen’s Platinum Jubilee celebrations, Their Royal Highnesses The Prince of Wales and The Duchess of Cornwall will visit Canada from 17th to 19th May 2022.

The Prince of Wales’s first official tour to Canada was in 1970 and this visit will be the 19th time His Royal Highness has visited the country, having visited all ten provinces and three territories in the past. This will be The Duchess of Cornwall’s fifth official visit; Her Royal Highness’s first tour of Canada was more than a decade ago in November 2009.

The Prince of Wales has long believed that we need to learn from indigenous peoples around the world how better we should live in and care for Nature and the Planet. Canada is seeing the impact of climate change and so this tour will highlight an emphasis on learning from Indigenous Peoples in Canada as well as a focus on working with businesses to find a more sustainable way of living with global warming.

The Prince and The Duchess will be welcomed at their first stop, St. John’s, Newfoundland and Labrador, by local school children, community groups, dignitaries and provincial representatives to a Ceremony which will reflect the province’s rich tradition of song and story and will include Indigenous performances. The event will also include an inspection of the Guard of Honour and His Royal Highness is expected to deliver a speech.

The Prince and The Duchess will then visit the harbour neighbourhood of Quidi Vidi to meet local artists and members of the local food industries and fishing communities surrounded by the dramatic landscape typical of Newfoundland.

Day two of the Royal Tour is in Ottawa where The Prince and The Duchess will join the Governor General at the National War Memorial to remember those Canadians who lost their lives in service to their country.

Their Royal Highnesses will then meet with members and organizations from the Ukrainian community and take part in a traditional prayer service to learn about their stories and Canada’s efforts to support the people of Ukraine.

The Prince and The Duchess will then visit a school to promote youth literacy and highlight the experience of newcomer families to Canada.

Their Royal Highnesses will go on to visit the home of the world famous Royal Canadian Mounted Police (RCMP) Musical Ride, meeting with the horses and riders and watch a special performance of the Musical Ride. His Royal Highness has been the Honorary Commissioner of the RCMP since 2012.

The Prince will also attend a roundtable led by Environment and Climate Change Canada to speak with Canadian business leaders, academics and members of civil society organizations on sustainable finance in combatting climate change and building a net-zero economy.

Later that evening, Their Royal Highnesses will attend the Governor General’s reception at Rideau Hall to celebrate Her Majesty’s Platinum Jubilee and bring together Canadians from various backgrounds who, like Her Majesty, have dedicated their lives to serving their communities.

The final day of engagements, 19th May, will be in the Northwest Territories to visit Yellowknife and Dettah. In Dettah, Their Royal Highnesses will meet with members of this Dene First Nation community. The Duchess of Cornwall will visit a local school to learn about their efforts towards ensuring all students and staff are able to learn their Indigenous language.

Later The Prince of Wales will visit the Canadian Rangers to mark the organization’s 75th anniversary where His Royal Highness will be appointed an Honorary Canadian Ranger. During a walk next to the Dettah Ice Road, The Prince of Wales will then discuss with the local indigenous community the impact of climate change in Northern Canada and how traditional practice can help find solutions to some of the challenges we all face.

The Duchess will also continue her commitment to supporting women who have suffered from domestic violence and so will visit a safe transitional housing centre for women and children in need of a stable and safe environment.

Finally, at the Prince of Wales Northern Heritage Centre, Their Royal Highnesses will meet with innovative local food producers. They will also take part in a discussion on Treaty 11, its history and its legacy in the Northwest Territories, as well as observe a demonstration of traditional Inuit sports and learn about traditional crafts.