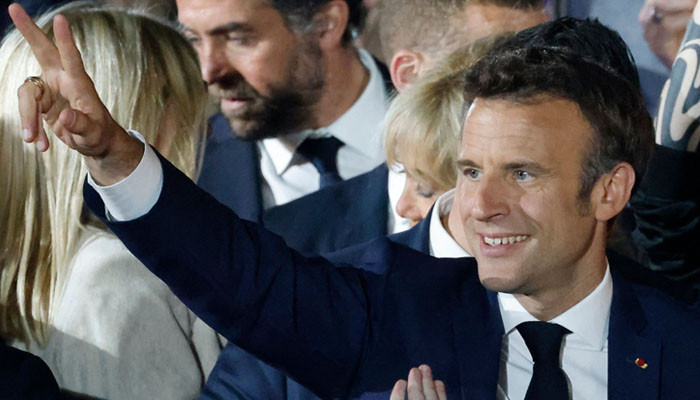 PARIS: French President Emmanuel Macron won re-election on Sunday, convincingly defeating his rival Marine Le Pen and prompting a wave of relief in Europe that the far-right had been kept out of power.

Centrist Macron was set to win around 58 percent of the vote in the second-round run-off compared with Le Pen on 42 percent, according to projections by polling firms for French television channels based on a sample of the vote count.

Macron is the first French president to win a second term for two decades, but Le Pen’s result also marks the closest the far-right has ever come to taking power in France and has revealed a deeply divided nation.

The 44-year-old president faces a litany of challenges in his second term, starting with parliamentary elections in June, where keeping a majority will be critical to ensuring he can realise his ambitions to reform France.

The outcome was expected to be confirmed by official results overnight with the final figures due on Monday.

In a victory speech on the Champ de Mars in central Paris at the foot of the Eiffel Tower, Macron vowed to respond to the anger of voters who backed his far-right rival, saying his new term would not continue unchanged from the last five years.

“An answer must be found to the anger and disagreements that led many of our compatriots to vote for the extreme right. It will be my responsibility and that of those around me,” he told thousands of cheering supporters.

He also pledged a “renewed method” to govern France, adding that this “new era” would not be one of “continuity with the last term which is now ending”.

In a combative speech to supporters in Paris in which she accepted the result but showed no sign of quitting politics, Le Pen, 53, said she would “never abandon” the French and was already preparing for the June legislative elections.

“The result represents a brilliant victory,” she said to cheers.

“This evening, we launch the great battle for the legislative elections,” Le Pen said, adding that she felt “hope” and calling on opponents of the president to join with her National Rally (RN) party.

The result is narrower than the second-round clash in 2017, when the same two candidates met in the run-off and Macron polled over 66 percent of the vote.

For Le Pen, her third defeat in presidential polls will be a bitter pill to swallow after she ploughed years of effort into making herself electable and distancing her party from the legacy of its founder, her father Jean-Marie Le Pen.

Critics insisted her party never stopped being extreme-right and racist while Macron repeatedly pointed to her plan to ban the wearing of the Muslim headscarf in public if elected.

The projections caused immense relief in Europe after fears a Le Pen presidency would leave the continent rudderless following Brexit and the departure from politics of German chancellor Angela Merkel.

EU president Charles Michel said the bloc can now “count on France for five more years” while commission chief Ursula von der Leyen rapidly congratulated him, saying she was “delighted to be able to continue our excellent cooperation”.

Macron will be hoping for a less complicated second term that will allow him to implement his vision of more pro-business reform and tighter EU integration, after a first term shadowed by protests, then the pandemic and finally Russia’s invasion of Ukraine.

But he will have to win over those who backed his opponents and the millions of French who did not bother to vote.

On the basis of the official figures, polling organisations estimated that the abstention rate was on course for 28 percent, which would be the highest in any presidential election second-round run-off since 1969.

High on his to-do-list is pension reform, including a raising of the French retirement age which Macron has argued is essential for the budget but is likely to run into strong opposition and protests.

The hard-left third-placed candidate in the first round, Jean-Luc Melenchon, had refused to endorse Macron and now has his eyes firmly set on the July elections.

Melenchon welcomed Le Pen’s defeat as “very good news for the unity of our people”.

Nevertheless, “Mrs Le Pen and Mr Macron have barely a third of the registered voters,” he said. Macron “is submerged in an ocean of abstention and spoilt ballots”. 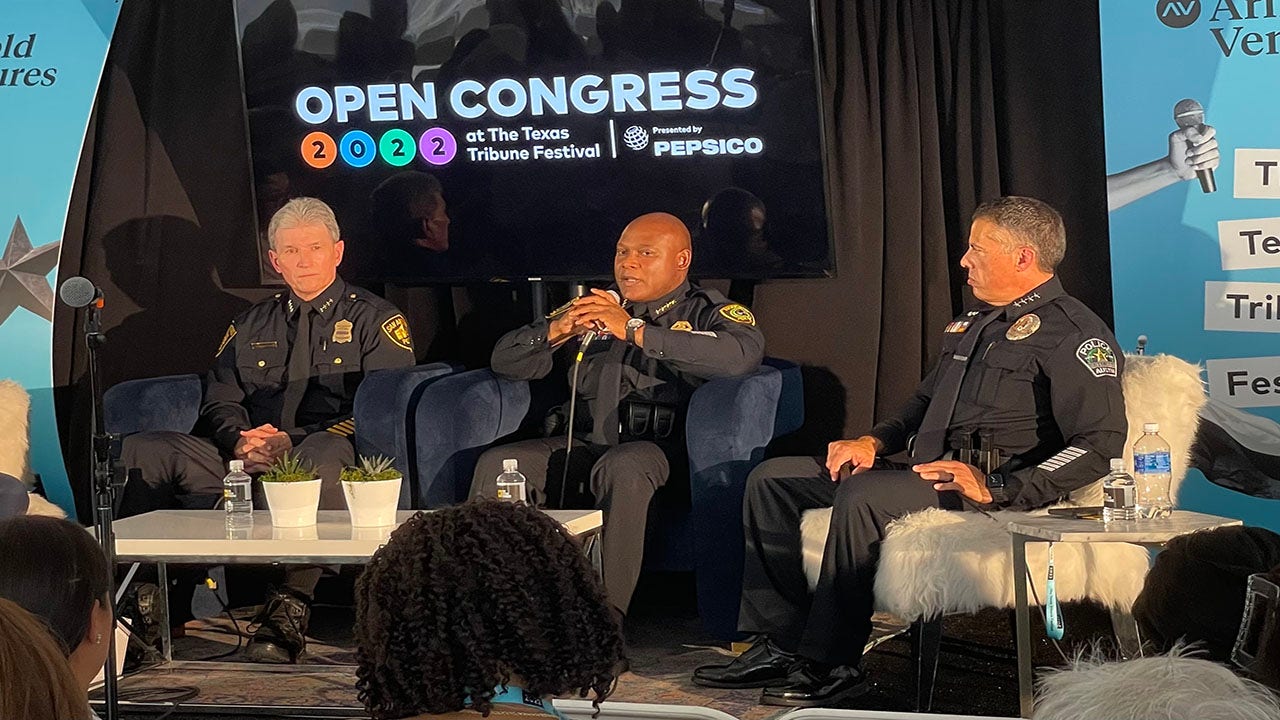 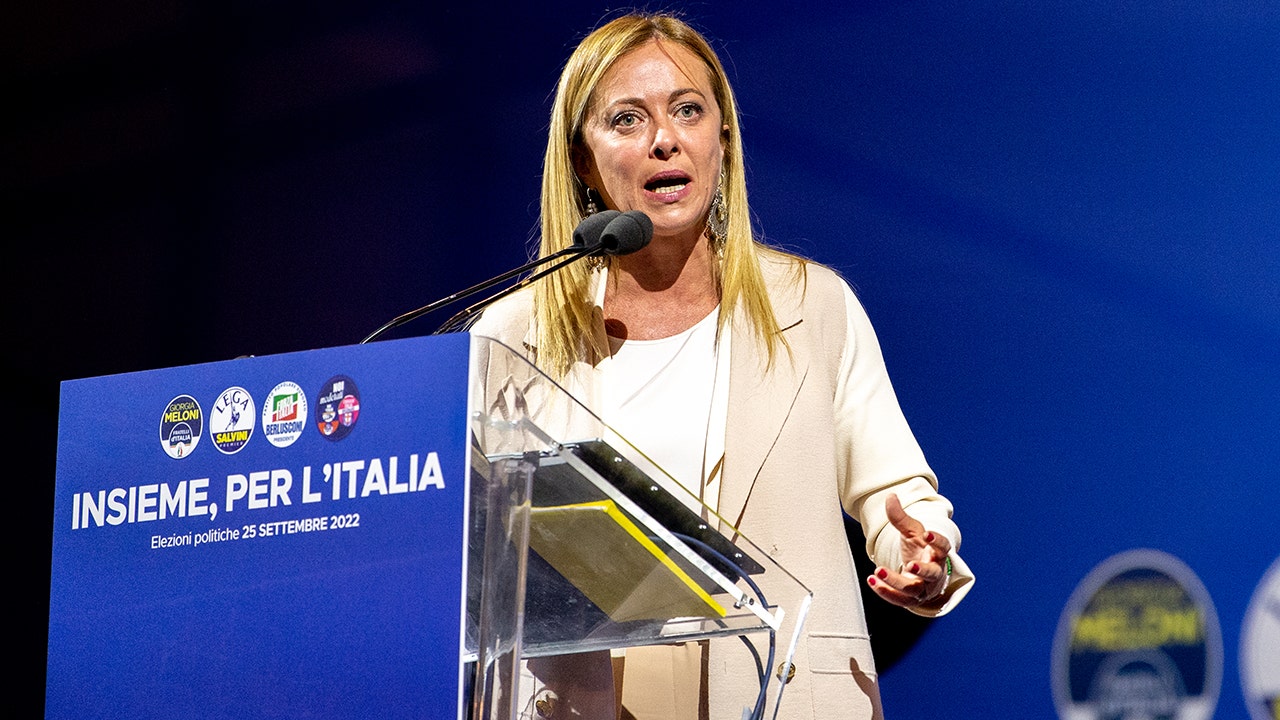