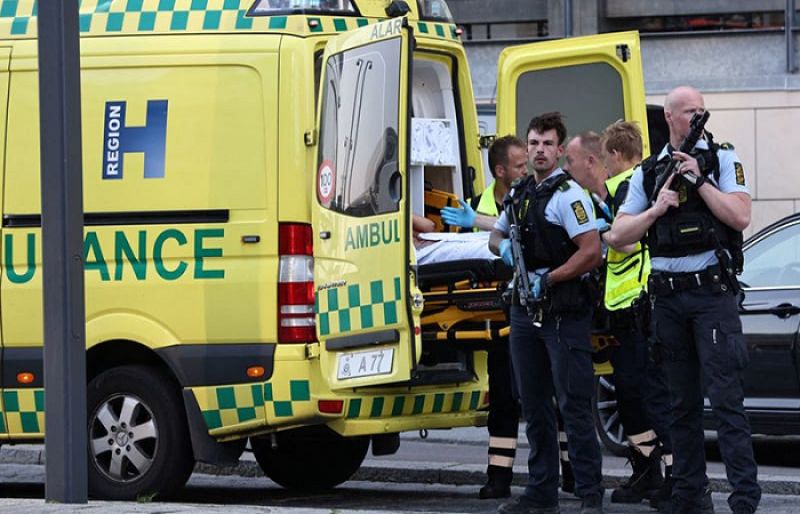 Three people were killed and several more were wounded in a shooting at a shopping centre in Copenhagen on Sunday, Danish police said, adding they had arrested a 22-year-old Danish man and charged him with manslaughter.

The attack rocked Denmark at the end of an otherwise joyful week, just after it hosted the first three stages of the Tour de France cycle race. The event had sent hundreds of thousands of cheering Danes into the streets across the country.

“Denmark was hit by a cruel attack on Sunday night. Several were killed. Even more wounded. Innocent families shopping or eating out. Children, adolescents and adults,” Prime Minister Mette Frederiksen said in a statement late on Sunday.

“Our beautiful and usually so safe capital was changed in a split second,” she said. “I want to encourage the Danes to stand together and support each other in this difficult time.”

Copenhagen police said armed officers were sent to Field’s mall in the capital late on Sunday afternoon after reports of a shooting, and had told people inside to stay put and await assistance. Local media footage showed groups of terrified shoppers running from the mall.

The suspect was apprehended at 5:48pm local time, carrying a rifle and ammunition. Police launched a massive search operation throughout the local Zealand region early Sunday evening in search of any accomplices.

“We are going to have a large investigation and a massive operational presence in Copenhagen until we can say with certainty: He was alone,” Thomassen said.

The shooter had killed a man in his forties and two “young people”, a man and a woman, Thomassen said. Several more were wounded, and among those were three in critical condition.

The investigation so far did not point towards a racist motive or otherwise, but this could change, he said.

Copenhagen police will hold a press briefing Monday morning at 8:00am local time.

The capital’s main hospital, Rigshospitalet, had received a “small group of patients” for treatment, a spokesperson said early on Sunday evening, and had called in extra doctors and nurses.

Danish tabloid BT published unverified video footage it said was shot by a witness to the attack, Mahdi Al Wazni, showing a man with a large rifle walking through the mall and swinging it around his shoulders.

Footage published by tabloid Ekstra Bladet showed one person being carried by rescue workers into an ambulance on a stretcher.

“People first thought it was a thief … Then I suddenly hear shots and threw myself behind the counter inside the store,” an eyewitness, Rikke Levandovski, told broadcaster TV2.

“He is just shooting into the crowd, not up in the ceiling or into the floor,” she added.

The multi-storey shopping mall is located around 5 kilometres south of downtown Copenhagen.

“My friend and I … suddenly we hear shots. I hear about ten shots and then run as fast as we can into a toilet. We squeeze into this tiny toilet where we are around 11 people,” another witness who gave her name as Isabella told public broadcaster DR.

The attack follows a deadly shooting in neighbouring Norway last week, in which two people were killed by a lone shooter in the capital Oslo.

The terrorist threat against Denmark is currently assessed to be “serious”, with the biggest threat coming from religious extremism, according to the latest report from the Danish Security and Intelligence Service.

The threat to Denmark from right-wing extremists is considered at a “general” level, which means there is capability and/or intent and possibly planning.

Denmark last saw a militant attack in 2015, when two people were killed and six police officers wounded when a lone gunman shot and killed a man outside a culture centre hosting a debate on freedom of speech, and later killed a person outside a Jewish synagogue in central Copenhagen.

That gunman was killed in a shoot-out with police.

A concert due to be held by singer Harry Styles in Copenhagen on Sunday night not far from the shopping centre was cancelled, police said.

“Our thoughts and deepest sympathy are with the victims, their relatives and all those affected by the tragedy,” Denmark’s Queen Margrethe and the Crown Prince couple said in a statement.

An event in Southern Denmark to commemorate the end of the Tour de France stages, hosted by the Crown Prince and with Frederiksen in attendance, was also cancelled.

The suspect will face preliminary questioning in front of a judge on Monday (today). 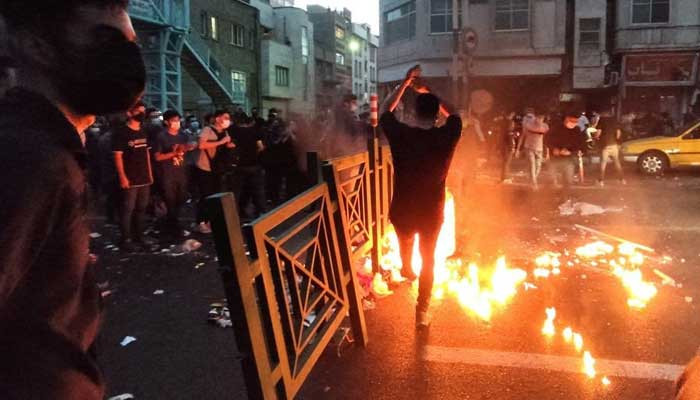