As Russians and Ukrainians celebrated Orthodox Easter on Sunday, the bloody struggle in Mariupol continued, keeping thousands of civilians trapped in the besieged port city, their desperation and the fear of further war atrocities adding urgency to ongoing international efforts to aid Ukraine.

U.S. Secretary of State Antony Blinken and Defense Secretary Lloyd Austin met in Kyiv with Ukrainian President Volodymyr Zelensky in what was the highest-level visit by an American delegation since the start of the war.

U.S. officials had declined to confirm any details ahead of the meeting, citing security concerns. But a Ukrainian official, speaking on the condition of anonymity because the person was not authorized to discuss the meeting publicly, confirmed that the meeting took place on Sunday afternoon.

While European leaders visited Ukraine weeks ago to witness firsthand evidence of atrocities committed by Russian soldiers, until Sunday top U.S. officials had not visited the country since the invasion.

Top Biden administration officials also are aiming to step up diplomatic efforts in support for Ukraine this week. Austin is convening a meeting at Ramstein Air Base in Germany on Tuesday with at least 20 countries to focus on the short- and long-term military and security needs of Ukraine, according to the Pentagon.

Exactly what the United States ought to provide to the Ukrainian war effort has remained a point of contention, however. Officials in Kyiv have strenuously argued that more must be done, while U.S. officials have said that they have made ample contributions in what they describe as a winning effort.

State Department spokesman Ned Price said Sunday that the United States has provided “precisely what our Ukrainian partners need to fend off this Russian aggression.”

In assessing the Ukrainians’ position in the war, Price cited President Biden’s recent pledge of $800 million in military assistance to Kyiv, which will include howitzers, ammunition and tactical drones.

“Right now, they are winning the battle for Ukraine,” Price said.

U.N. Secretary General António Guterres, meanwhile, is planning a trip to Russia to meet with President Vladimir Putin on Tuesday and to Ukraine on Thursday to meet with Zelensky.

“He hopes to talk about what can be done to bring peace to Ukraine urgently,” Guterres spokesman Eri Kaneko said.

Several Ukrainian officials have denounced Guterres’s decision to meet with Putin, however, noting the reported crimes committed by Russian forces.

“We did not understand his intention to travel to Moscow and to talk to President Putin,” Igor Zhovkva, a top adviser to Zelensky, said on NBC’s “Meet the Press.”

With the Russian invasion of Ukraine entering its third month, the presidents of both countries somberly marked one of the most sacred holidays on the Christian calendar. Orthodox Easter is widely celebrated in both countries, and the war has divided its adherents, too.

In Kyiv, Zelensky issued an Easter message to the nation from St. Sophia Cathedral, a national landmark.

“We are enduring dark times,” said Zelensky, dressed in drab green military garb and standing before a glittering altar.

“And on this bright day, most of us are not in bright clothes. But we are fighting for a bright idea. On the bright side. And the truth, people, the Lord and the holy heavenly light are on our side.”

In Moscow, Putin appeared at Christ the Savior Cathedral for a midnight service. He was dressed in a dark blue suit, a white shirt and dark purple tie, and he was holding a red candle.

Putin crossed himself several times during the ceremony. After Patriarch Kirill, the top Russian Orthodox bishop, intoned “Christ has risen,” Putin replied along with the congregation by saying, “Truly he is risen,” according to Reuters. He did not speak further.

The solemn Easter observances stood in stark contrast with the fierce battles in Ukraine as residents nationwide emerged from an overnight curfew.

Five people were killed in the Donetsk region in the east on Sunday, including children ages 5 and 14, according to Pavlo Kyrylenko, head of the military administration there.

In Luhansk, also in the eastern region of Ukraine, eight people were killed this weekend and at least seven buildings and a police station were destroyed by recent shelling, regional governor Serhiy Haidai said Sunday. Russia has escalated its attacks in eastern Ukraine in recent days in its attempt to capture the region.

On Saturday, missile strikes killed at least eight people in the Black Sea port city of Odessa, prompting Zelensky to comment with disgust: “What a great Easter holiday we’re having.” He referred to Russian soldiers as “scumbags.”

And in Mariupol, the bombardment by Russian forces continued, according to Ukrainian fighters.

Russia continued to attack the sprawling Azovstal Iron and Steel Works, where Ukrainian forces and civilians remain trapped as Russian forces deny humanitarian corridors, according to a deputy commander of the last remaining Ukrainian forces fighting for Ukraine in Mariupol.

Svyatoslav Palamar, deputy commander of the Azov Regiment, a nationalist group that is part of the Ukraine national guard, called for public support via a message on the Telegram app.

“This Easter Sunday, I call on the entire civilized world to do everything” to help the soldiers and civilians in Mariupol, he said. “I want, on this day — whether at the front, or at one’s home, or in displacement — everyone to think about values.”

The siege of Mariupol, which echoes Russian tactics in Aleppo, Syria, is part of Moscow’s larger plans of establishing a land bridge from Ukraine’s breakaway regions in the east to the Crimean Peninsula, which Moscow annexed by force in 2014.

Palamar has vowed not to surrender, even though Putin last week had declared victory in Mariupol.

According to Ukrainian officials, up to 20,000 civilians may have been killed in Mariupol since the start of the invasion — in a city where the prewar population numbered about 450,000. An estimated 100,000 civilians remain in the city, according to the United Nations.

The last stand in the siege of Mariupol

Mariupol is “almost wiped out,” Zhovkva said on “Meet the Press.”

“People are living without elementary conditions, without food, without water supply, without electricity,” he said. “That’s why we need the attention of the international community.”

Mayor Vadym Boychenko called Mariupol a “new Babyn Yar” — a reference to the mass graves near Kyiv where the Nazis massacred at least 33,000 Jews.

“The biggest war crime of the 21st century was committed in Mariupol,” Boychenko said.

Amid the devastation, there were rising pleas to allow civilians to escape the city.

On ABC News’s “This Week,” Yevheniia Kravchuk, a member of the Ukrainian parliament, said Russian soldiers were not allowing civilians to evacuate and instead were trying to forcibly move Ukrainians to Russian territory.

Efforts to evacuate civilians on Saturday had to be abandoned because of the dangers, Ukrainians officials said, and despite renewed efforts on Sunday there were still no working humanitarian corridors from Mariupol, Ukrainian Deputy Prime Minister Iryna Vereshchuk said in televised remarks, blaming Russians for the failures.

During a Saturday news conference, Zelensky proposed that Pope Francis help with negotiations to try “to unblock the humanitarian corridors” into and out of the city, renewing a proposal for the pontiff to visit the war-torn country.

Francis said this month that he was considering an invitation from Zelensky and Kyiv Mayor Vitali Klitschko to visit the capital. The pope told a reporter on April 2 that the trip was “on the table,” the Guardian newspaper reported.

Vereshchuk urged the United Nations to push for a cease-fire and to “ensure” that there is a humanitarian corridor from Mariupol in general, and specifically on from Azovstal, where she said 1,000 women and children are holed up — 500 people, and perhaps more, are injured there, she added, with dozens requiring immediate medical attention. The Washington Post was unable to confirm those numbers Sunday.

The most important thing the United Nations can do, Vereshchuk said, referring to the U.N. secretary general by name, is to help open a humanitarian corridor.

“The longer we wait, more lives will be at risk,” said Amin Awad, the U.N. crisis coordinator for Ukraine. “They must be allowed to safely evacuate now, today. Tomorrow could be too late.”

Guterres last week also called for a four-day pause in the fighting for Orthodox Easter to allow civilians to be evacuated from the conflict areas and for humanitarian aid to be delivered. The pause was to start on Thursday, but it did not happen.

Ukrainian officials who met with their U.S. counterparts in Washington have emphasized that they continue to seek weapons and ammunition, more economic sanctions against Russia, and financial assistance to prop up the Ukrainian economy.

Ukrainian Prime Minister Denys Shmyhal said the Biden administration’s visit is a significant step that reflects the unity of the coalition of countries opposed to the Russian invasion.

“It’s a very important political symbol and a symbol of uniting for the countries and politicians and nations when our partners go to Ukraine to see by their own eyes what’s happened,” Shmyhal said, appearing on CBS’s “Face the Nation” on Sunday.

Zelensky also said over the weekend that he would be pressing Blinken and Austin for additional military assistance.

“They should not come here with empty hands,” Zelensky said Saturday during a news conference in a subway station in Kyiv. “We are expecting specific things and specific weapons.”

In the same vein, the former U.S. ambassador to NATO, Douglas Lute, said that in some ways, the stock of Ukrainian weaponry may be gaining ground on that of the invaders.

By some estimates, Lute said, Ukraine will have as many tanks on the battlefield as the Russians.

“So this imbalance in quantitative factors like tanks, artillery and so forth is beginning to get righted in favor of the Ukrainians,” Lute said on “This Week.”

The prime minister of Poland, Mateusz Morawiecki, said Sunday that his country has signed an agreement with Ukraine in which Poland and Polish companies will help facilitate trade for Ukraine with the rest of the world as the war disrupts the Ukrainian economy.

Ukraine has a robust metals industry and is one of the world’s top breadbaskets — known to some as the “breadbasket of Europe” — as it is a major source of wheat, barley, corn and sunflower oil. Some British supermarkets are limiting the sale of cooking oil amid fears of potential shortages. 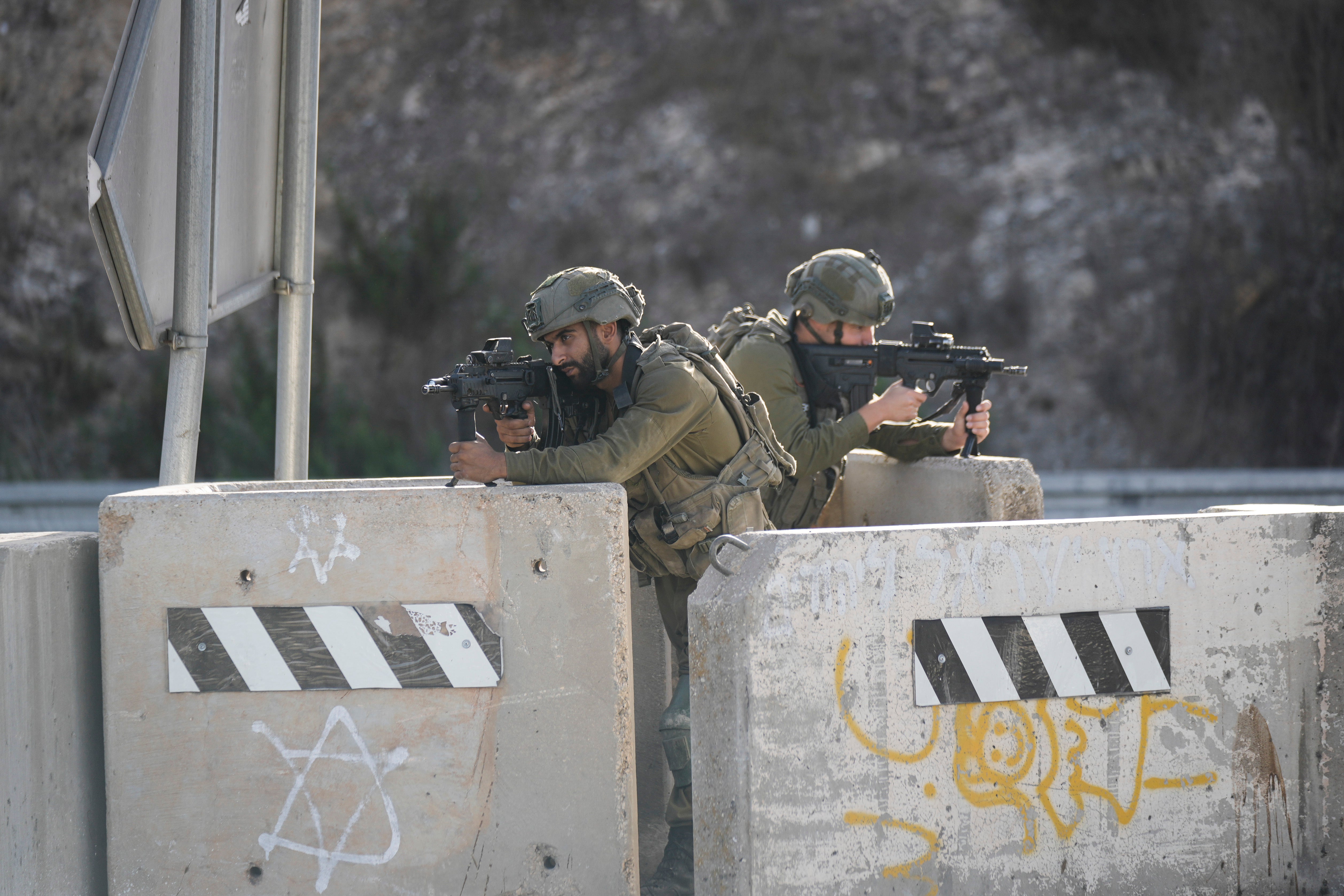