Editor’s Note: A version of this story first appeared in CNN’s Meanwhile in the Middle East newsletter, a three-times-a-week look inside the region’s biggest stories. Sign up here.

There are only a few items in Hanna Ayyad’s fridge at any given moment these days. The Cairo street fruit vendor has restricted his family’s diet as inflation triggered by the Ukraine war has soared in Egypt.

“Now we buy new clothes every other holiday,” he tells CNN. “We can do without eating meat, buying it once a month, and we may buy chicken two or three times a month, not like before.”

His customers too can only afford a fraction of what they used to buy, shrinking his daily income.

“Some people used to buy 5kg or 10kg of fruit – now they can buy 1kg or 2kg at most,” he says. It takes him days to sell the same amount of produce he used to sell in one day.

Egyptian households of all income levels are seeing their spending power erode fast. The economic crisis raises prospects of unrest in a country where a regime was overthrown just a decade ago in an uprising calling for “bread, freedom and social justice.”

In recent months, scores have protested because of delays to new car deliveries caused by import restrictions and the devaluation of the local currency; Facebook groups were set up to find local alternatives for pet foods after imports were restricted, and poorer Egyptians like Ayyad have cut back on groceries.

Moody’s credit rating agency warned in May about “social and political risks” as it downgraded Egypt’s economic outlook for the year from stable to negative. And the government appears to share those concerns.

Anticipating unrest, President Abdel Fattah el-Sisi has initiated a national dialogue with opposition figures, a change of tack from a crackdown on dissent that has kept thousands of people behind bars for years.

Egypt’s official inflation rate stood at 14.7% in June, up from around 5% at the same time last year, but consumers say prices have skyrocketed beyond this figure since the Russian invasion of Ukraine began in February.

Across the capital, at an upscale supermarket, Haya Aref looks for cheaper, local alternatives on her shopping list. Previously, she would notice 10% to 15% increase in prices every six or eight months, but the price hikes have become more frequent and bigger now, she says.

“I used to buy an international brand [of cereal] that was probably around 70 or 80 Egyptian pounds (around $4) that has now gone up to 250 ($13),” the 23-year-old architect says. She has cut down on proteins and snacks to trim her monthly budget. For her, locally grown vegetables have become an affordable and healthier option.

The war in Ukraine has brought uncertainty to global grain markets and driven up prices. Egypt, which depends on Russia and Ukraine for 80% of its wheat imports, now pays $435 per tonne instead of $270 last year, according to the government.

The invasion has also dented Egypt’s tourism industry. Russian and Ukrainian tourists used to make up a third of the country’s annual visitors but those numbers have dipped.

At a time when the economy was barely recovering from the slowdown spurred by the Covid-19 pandemic, the war kicked its enduring challenges into high drive.

An increase in interest rates in more stable markets like the United States has driven an estimated $20 billion out of Egypt , according to the Standard and Poor’s credit rating agency.

“For the last five to six years we relied a lot upon what we call hot money. I call them hidden external debts,” economic analyst Salma Hussein explains. “When you have a very profitable rate of return on [government debt], you’re inviting people from all over the world to the party. These people are standing all the time at the exit point of the party, whenever anything shakes or changes, they are the first to leave.”

This left the government reeling under a cash crisis and debts amounting to 85% of the size of its economy. With the foreign currency reserves dropping, the government started a limited devaluation of the pound that saw it lose 17% of its value in a matter of days in March.

Together with other government measures to control the flow of foreign currency out of the country, this has made importing much more difficult, affecting both consumers and manufacturers.

“We should all know the gravity of the crisis is not just in Egypt, but all around the world,” Prime Minister Mostafa Madbouly said in a televised press conference in May outlining the government response to the “unprecedented” economic crisis.

The direct and indirect impacts of the crisis will cost Egypt 465 billion pounds ($24.6 billion), including providing a social safety net for its citizens, he said.

The government is seeking more loans – notably from the International Monetary Fund, which has already lent Egypt $20 billion since 2016. Gulf Arab countries have poured billions of dollars into the country to replenish its dwindling foreign reserves since February.

A big chunk of money from the United Arab Emirates is coming in the form of investments in, and acquisitions of, major Egyptian companies. The Egyptian government wants to see more of that. Madbouly has outlined a plan to offer shares in state and military-owned companies, including seven ports, to bring in $40 billion over four years.

One of the main undertakings of the government at the moment is to secure the wheat for its bread subsidies to reach 70 million Egyptians, in a country of about 100 million. It’s offering incentives for local farmers to grow wheat and sell it to the government in order to fill part of the expected gap in grain imports.

Ayyad, the street vendor, depends on basic subsidies and government cash handouts. As his income shrinks, he is also cutting down on spending on his sons’ education. He watches the news anxiously and fears the situation might get worse.

Aref, the architect, feels like Egyptians are in survival mode “and it’s getting a bit scary.”

Magdy Samaan contributed to this report

The Ukrainian Foreign Ministry on Thursday said that Turkey’s release of a Russian ship allegedly carrying stolen Ukrainian grain was “unacceptable,” and later summoned the Turkish ambassador in Kyiv.

The administration of the Kurdish-controlled areas of northeastern Syria declared a state of emergency on Wednesday amid “threats” of a Turkish military operation.

Hundreds of Tunisian protesters tried to reach electoral commission offices in the capital Tunis on Thursday, in opposition to an upcoming referendum on a new constitution that would greatly expand the president’s executive powers, Reuters reported.

An initiative in Egypt is urging parents to step of their comfort zones and discuss with their children one of the country’s biggest taboos: sex.

In one of its video campaigns, a young boy walks into the kitchen as his mother prepares a meal and asks, “mama, what is sex?”

His shocked mother turns around, hesitates, then tries to broach the topic gently. The message is that if parents don’t talk to their children about sex, “someone else will.”

The campaign is meant to encourage conservative parents to educate themselves and their children about what the campaigners say is one of the most widely misunderstood topics in Egypt, advising them that speaking to children about sex in a safe environment protects them from misinformation.

The social media initiative kicked off on June 29. It is part of a wider campaign called “Love Matters” and is funded by the Dutch NGO RNW Media. It is implemented by The Center for Development Services, a development consultancy firm with offices in Egypt.

“We forget that parents themselves are not comfortable with their bodies,” said Samaa Elturkey, social media editor for Love Matters Arabic in Egypt, adding that the campaign reassures parents by giving them “a sense of ownership” over how and when they want to address the topic with their young ones.

The campaign offers videos, scientific information and advice, as well as guides on how to start having “the talk” with one’s children, said Sandy Abdelmessih, project manager for Love Matters Arabic. It also offers an online team of experts in healthcare and psychology to answer questions submitted by users, she added.

Access to stigma-free, quality sexual and reproductive health services is lacking in Egypt, says Abdelmessih, and so is data on the prevalence of sexual literacy.

However, sexual violence and controversial sexual health practices are not uncommon in Egypt.

Egyptian President Abdel Fattah el-Sisi has also repeatedly expressed concern over the lack of family planning in Egypt, and in 2018 he oversaw a campaign aimed at introducing and normalizing contraceptives and reproductive health, especially in the country’s underprivileged rural areas where birth rates are high.

There is a disparity between what people say on public platforms and what they ask in private, said Elturkey.

This week marks 50 years since the killing of Palestinian novelist and activist Ghassan Kanafani, who was killed when a bomb attached to his car detonated in Beirut in 1972.

Born in 1936 in Acre in what was then the British Mandate of Palestine, Kanafani was a refugee and author whose writings continue to be considered important works of literature in the Arab world. Many of his novels depicted characters centered around the Palestinian struggle against Israel such as “Men in the Sun” and “Return to Haifa.” Some of his works have also been translated into Hebrew.

Kanafani took up several roles over the years: a teacher, magazine editor, journalist and playwright. He was also the spokesman for the Popular Front for the Liberation of Palestine (PFLP), a militant group that carried out attacks against Israel. The group claimed responsibility for an attack on Lod airport in Israel in May 1972 that killed 26 people, according to the Jerusalem Post.

Just over a month later, Kanafani was assassinated at age 36 in a car bombing in Beirut, where he lived. In the passenger seat was his niece, who was also killed. The PFLP accused the Israeli government of responsibility at the time, citing the alleged presence of a piece of paper at the scene on which the sentence “With the compliments of the Israeli Embassy in Copenhagen” was reportedly written. An Israeli police spokesman said the paper suggested that Kanafani himself was involved in efforts to bomb Israelis.

An obituary in Lebanon’s Daily Star newspaper called him “a commando who never fired a gun, whose weapon was a ball-point pen, and his arena the newspaper pages.” Israel has designated the PFLP as a terrorist organization. 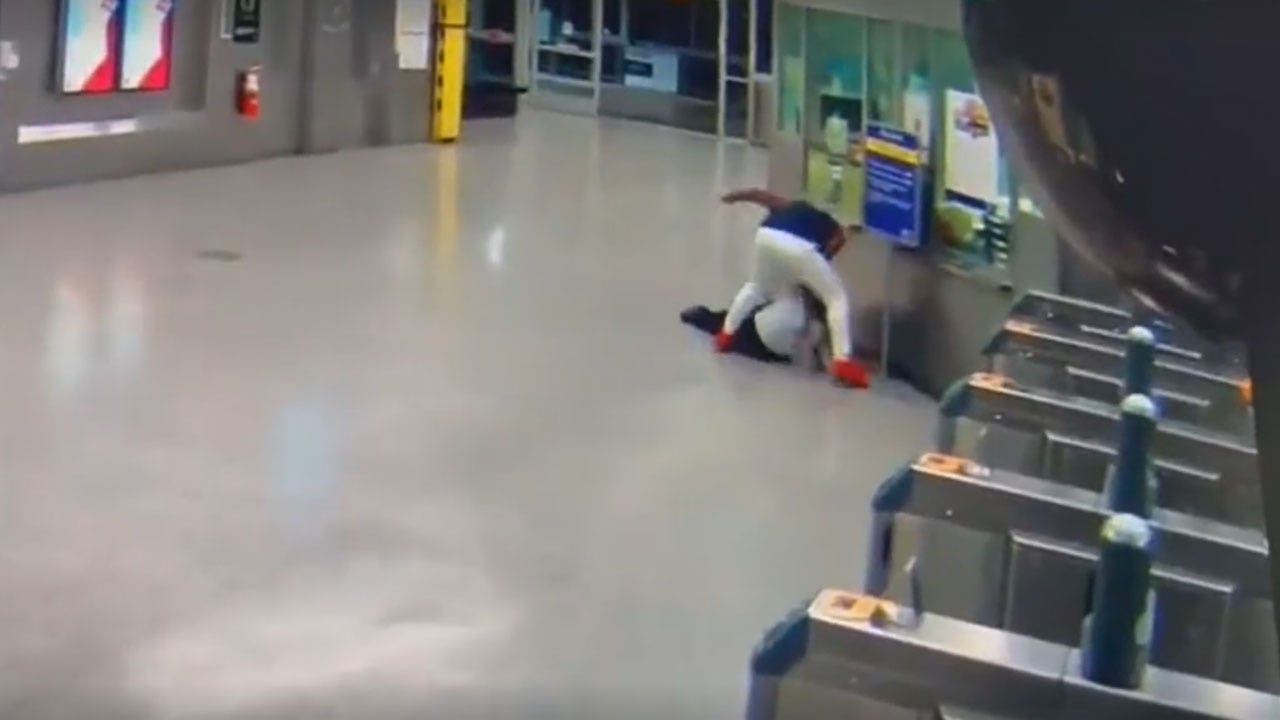 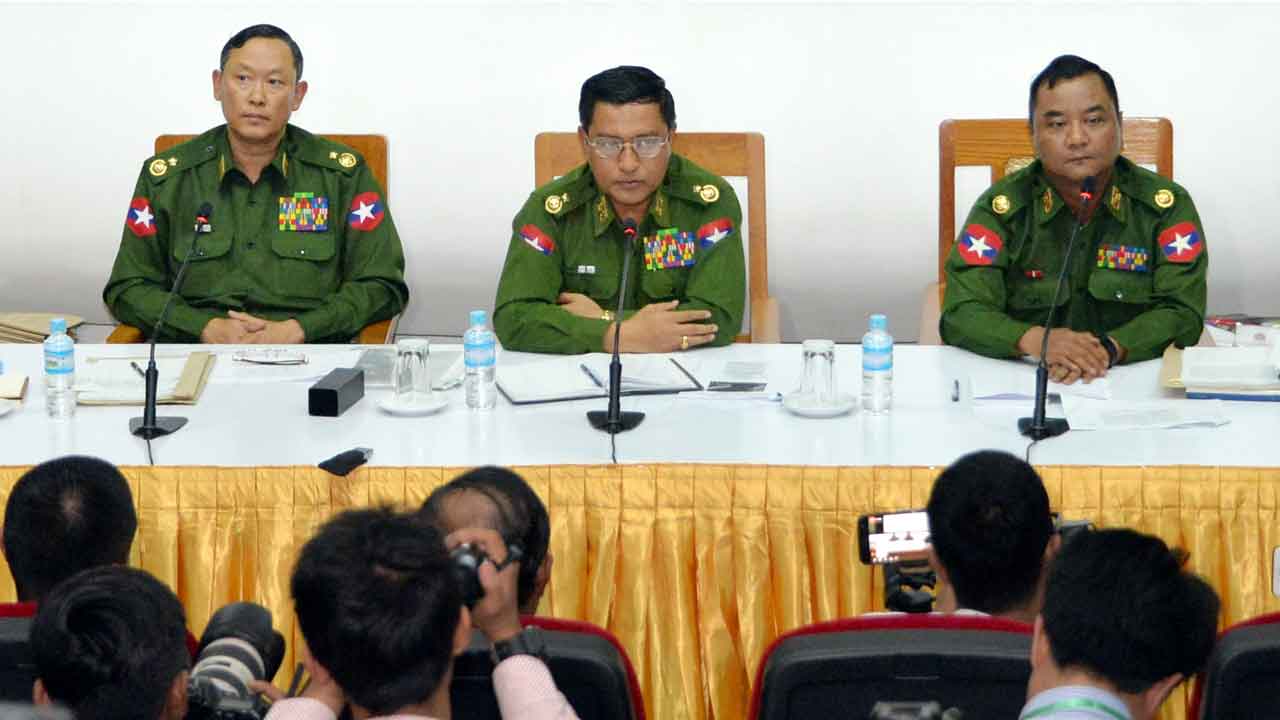