TOKYO — All of Iwate Prefecture was counting on Roki Sasaki three years ago. Sasaki, then 17, had broken Shohei Ohtani’s high school record by throwing a 101-mph fastball and was expected to lead Ofunato High to its first shot in 35 years at competing in Koshien, the annual high school tournament considered one of Japan’s most sacred sports events.

That’s when Coach Yohei Kokubo did the unthinkable: He benched him.

Kokubo was worried about the stress that hard throwing was taking on Sasaki’s developing body, but his decision was at odds with the country’s notoriously brutal, win-at-all-costs teenage baseball training culture. After Ofunato lost in a Koshien qualifier without Sasaki, fans inundated the school with angry phone calls.

Three years later, Sasaki again appears poised to follow Ohtani, the Los Angeles Angels star, drawing attention from Major League Baseball scouts as potentially the next big thing. In April, Sasaki pitched the first perfect game in the Japanese major leagues in 28 years, becoming the youngest to do so. The next game, he followed up with eight more perfect innings before being pulled. The 20-year-old right-hander with a 100-mph fastball and a confounding splitter has catapulted into a global sensation — and sparked debate in Japan over how the country nurtures its future superstars.

“I can feel people’s interest, for which I am really thankful and feel absolutely honored,” Sasaki said in a written interview with The Washington Post last month. “One of my goals is to be playing until I’m 40. I hope that I can continue to play successfully not just for this year but over a long period of time for those around me, and also prove that the decisions and considerations made for me were the right decisions.”

Born in Iwate, one of the hardest-hit areas of the March 2011 triple disaster that devastated Japan, Sasaki was 9 when he lost his father and grandparents to the tsunami that resulted from a massive earthquake and triggered a nuclear meltdown. After their home was swept away, Sasaki, his mother and his siblings were relocated from Rikuzentakata to a temporary home about 12 miles north in Ofunato, where they lived until 2017.

“Eleven years have passed but the hardships and sadness I felt then have still not disappeared,” Sasaki said at a news conference on the 11th anniversary of the tragedy. “And it is thanks to support from all around that I have been able to focus on baseball under those circumstances. … Don’t take what’s in front of you and the important people in your life for granted.”

It was on a makeshift field at Ofunato Middle School, which was an emergency shelter for victims of the tsunami, where Sasaki found joy and inspiration in baseball. Training conditions were less than ideal, with limited space to practice because temporary housing lined the school grounds.

The Fukushima tsunami 10 years later: The day that changed Japan

Nonetheless, Sasaki was moved by baseball, particularly by Masahiro Tanaka of the Rakuten Eagles, from his home region of Tohoku. He recalls watching Tanaka close out the winning game in 2013 for the team’s first and only Japan Series championship, solidifying Tanaka’s status as Japan’s No. 1 pitcher. Tanaka then left to play for the New York Yankees.

“Now having become a professional player myself, I hope that I too can bring such joy and hope to children,” Sasaki told The Post.

In 2019, he was drafted in Nippon Professional Baseball’s first round to play for the Chiba Lotte Marines. While Sasaki already has gotten attention from MLB, he faces complicated international posting restrictions if he leaves the Japanese league before he’s 25.

The Marines sidelined Sasaki in 2020 to build up his strength. He debuted May 16, 2021, and this April 10 he became the 16th pitcher in Japanese baseball history to throw a perfect game, 28 years after Hiromi Makihara in 1994. On April 17, Sasaki followed up with eight perfect innings.

He is now nicknamed the “Monster of the Reiwa Era,” placing him on par with Daisuke Matsuzaka, the “Monster of the Heisei Era,” who pitched for the Boston Red Sox and New York Mets before returning to Japan and retiring in 2021. This summer, Sasaki was ranked first by fans in NPB all-star voting.

“It was beyond what I imagined. I was really stunned,” Matsuzaka said after the two met in February, complimenting Sasaki’s control of his fastball.

A Japanese teenager threw 881 pitches over two weeks. Is that abuse?

Baseball is wildly popular in Japan, and Koshien, an annual tournament named after the stadium where it’s held, is a revered event. Since Koshien began in 1915, 21 years before Japan’s first professional baseball game, it has been canceled only for World War II and, in 2020, because of the coronavirus pandemic. It’s a tradition for those who don’t make it through the single-elimination tournament to scrape dirt from the field into a bag, often while in tears, as a keepsake to remember playing there.

During the 2019 prefecture tournament, Ofunato High was just one game from the coveted chance at playing in Koshien. Sasaki had thrown 435 pitches in the eight days leading up to the game. He wanted to play in the last game of the prefectural final, but Kokubo decided not to play Sasaki in two consecutive games to prevent injury. Sasaki had thrown 129 pitches the previous day.

Despite its unpopularity with local fans, the decision helped Sasaki preserve his strength, allowing him to become stronger and in better control of his 6-foot-3 body, experts say. Surveys by the Baseball Federation of Japan and Japanese sports doctors found as much as 60 to 70 percent of young baseball players in Japan suffer from pain and injuries, especially in their shoulders or elbows, and that the injuries are worse for pitchers.

Repetition is especially problematic for young hard-throwing pitchers such as Sasaki, said Takashi Kawamura, associate professor of health and sport sciences at University of Tsukuba and an expert in the biomechanics of baseball and coaching. He said while there is more recognition of the physical toll on young athletes, it remains rare for coaches to sacrifice a chance at winning for the health of a single player.

“The long-standing mentality and culture focused on winning is still intact, especially putting Koshien as the ultimate goal, without considering a long-term career beyond that,” said Kawamura, who mentored Kokubo. “Whether they go on to play professional or not, baseball shouldn’t end in middle school or high school but should be played in a way that it can be enjoyed for a long time. So I hope this mentality will continue to spread and be put into practice.”

Experts say while it may take a long time, change may be coming for Japan’s youth baseball culture. It’s notable that despite the backlash in 2019, Kokubo’s decision is now accepted — which may signal the potential for the public’s acceptance of alternative paths to fame, said Jim Allen, a longtime baseball writer in Japan.

“Japan is changing enough that [Sasaki] doing it differently — four years after his high school senior year, when it was a national scandal — is now accepted as just part of the scenery,” Allen said. “To me, that’s really the meaning, that he’s symbolic of the change.”

Sasaki is the product of a new path that his coaches carved outside of the system, Allen said, and may inspire other coaches and parents to emulate them.

“He’s sort of the new wave, and because of his success, he’s going to be a signal that things don’t have to always be the same,” Allen said. “He’s doing it the only way he’s being allowed to do it, and that happens to be a different way. … Even if he’s not the revolutionary, he’s the revolution.” 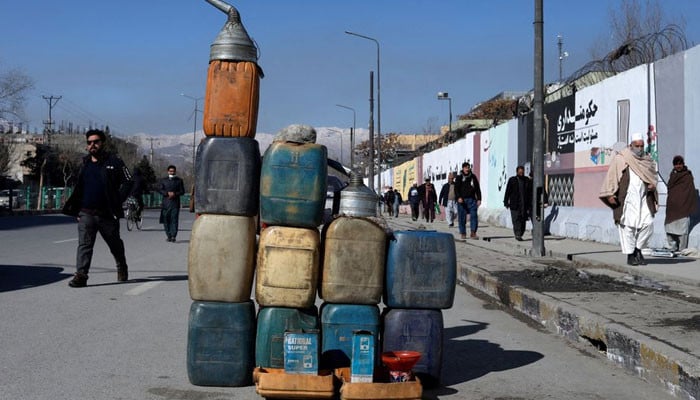