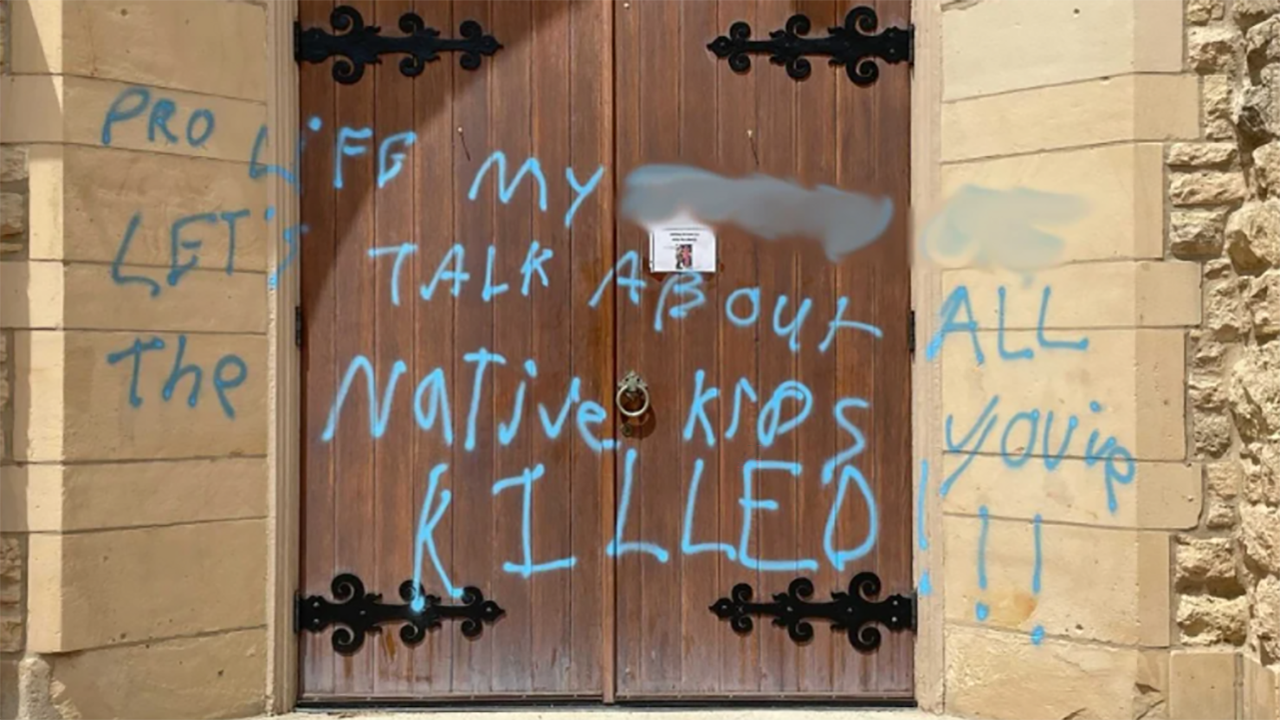 A church in Madison, Wisconsin, was vandalized with abortion graffiti messages, the Madison Police Department said.

The front door of the St. Bernard Catholic Church in Madison, Wisconsin, was vandalized overnight on Sunday, July 3, 2022.
(Fox 47 Madison)

The incident comes as multiple religious institutions have been damaged or vandalized in the aftermath of the U.S. Supreme Court’s overturning of landmark abortion ruling Roe v. Wade.

The church’s pastor said he will be praying for the culprit(s) who committed the crime, which he said “does nothing” to aid those affected by the Supreme Court’s decision.

“St. Bernard Parish is saddened over the graffiti on the front of the church. We understand people’s anger over the recent ruling by the Supreme Court, but this does nothing to solve any issues,” St. Bernard Pastor Michael Radowicz said in a statement, WMTV reported.

“We join in prayer for those who did this, so that the Lord may heal their hearts. An investigation is ongoing with Madison Police,” he added.

Investigators are encouraging anyone with information on the incident to come forward and are offering a cash reward for any clues that result in an arrest, police said.

The incident comes after the office of pro-life group Wisconsin Family Action was set on fire last month, Fox 47 reported.

Vandals in Virginia similarly targeted a pro-life center in Lynchburg, with threatening graffiti and broken windows.

“If abortion ain’t safe, you ain’t safe,” red graffiti states on an entrance area of the Blue Ridge Pregnancy Center.