But the path to holding the Russian president and other top leaders criminally responsible is long and complex, international lawyers caution.

“Certainly, the discovery of bodies which bear signs of executions — such as gunshot wounds to the head — presents strong evidence of war crimes,” said Clint Williamson, who served as U.S. Ambassador-at-Large for War Crimes Issues from 2006 to 2009.

“When victims are found with their hands bound, with blindfolds and bearing signs of torture or sexual assault, an even more compelling case is made. There are no circumstances under which these actions are permitted, whether the victims are civilians or military personnel who had been taken prisoner.”

This story is part of an ongoing investigation from The Associated Press and Frontline that includes the War Crimes Watch Ukraine interactive experience and an upcoming documentary.

There is no reason to believe the Russians will own up to war crimes. Russia’s Defense Ministry said Sunday that “not a single civilian has faced any violent action by the Russian military,” and Russian Foreign Minister Sergey Lavrov has described the scenes outside Kyiv as a “stage-managed anti-Russian provocation.”

The Associated Press and the PBS series Frontline are tracking evidence of potential war crimes committed during the one of the largest conflicts in Europe since the end of World War II. As of Tuesday AP and Frontline journalists have verified 90 incidents that appear to violate international humanitarian law.

The War Crimes Watch Ukraine project includes details of apparent targeted attacks as well as indiscriminate destruction of civilian buildings and infrastructure. The AP/Frontline online database will continue to be updated as long as the conflict lasts. The goal is to provide an independent accounting of events, apart from potentially inflated claims by advocates or misinformation spread by state-backed propaganda.

The International Criminal Court, which typically prosecutes only a handful of high-level perpetrators, has opened an investigation into atrocities in Ukraine. Ukrainian prosecutors have launched thousands of criminal investigations, while prosecutors in Poland, Germany, Lithuania, Latvia, Estonia, France, Slovakia, Sweden, Norway and Switzerland have opened investigations of their own. And there have been growing calls to set up a special tribunal to try Russia for the crime of aggression in Ukraine.

To build a case for war crimes, prosecutors must gather forensic and ballistic evidence, as they would in any murder case, to establish the cause and circumstances of the victims’ deaths. They also need to show that the crime occurred in the context of an ongoing armed conflict, which is clearly the case of Ukraine.

To build a case for crimes against humanity, prosecutors must additionally establish that the crimes were part of widespread, systematic attacks on civilians by, for example, showing patterns of behavior in how people were killed in Bucha, Motyzhyn, Irpin and other towns.

Then comes the more difficult task of establishing who is responsible by building a chain of evidence to link the crime scene with top civilian or military leaders. The first link in that chain is often understanding which forces were present when the atrocities occurred and whose command they were under.

“If you want to look into chains of command and perpetrators, it’s important to analyze and gather information about which unit is where,” said Andreas Schüller, program director for International Crimes and Accountability at the European Center for Constitutional and Human Rights in Berlin. “You need linkage evidence from the entire military apparatus. Documents could be leaked, or witnesses could speak up and disclose internal planning operations.”

Building a case all the way to the top — to hold Putin and other leaders individually accountable for war crimes or crimes against humanity — will be tough, legal experts say.

“You’ve got to prove that they knew or they could have known or should have known,” said Philippe Sands, a prominent British lawyer and professor at University College London. “There’s a real risk you end up with trials of mid-level people in three years and the main people responsible for this horror — Putin, Lavrov, the Minister of Defense, the intelligence folks, the military folks and the financiers who are supporting it — will get off the hook.”

In March, dozens of prominent lawyers and politicians, including Ukrainian Foreign Minister Dmytro Kuleba and former British Prime Minister Gordon Brown, launched a campaign to create a special tribunal to plug this legal hole and try Russia for the crime of aggression in Ukraine.

Negotiations are ongoing over how to actually set up such a tribunal so that it has broad legitimacy, either through an international body like the United Nations or under the auspices of a collection of individual states. The Nuremberg tribunal was established by the Soviet Union, the United States, the United Kingdom and France to hold Nazi leaders to account after World War II.

Sands, who also supports the initiative, said that whatever their legal weight, the images pouring out of Ukraine strengthen the political will needed to hold Russia accountable.

“You feel something is stirring. And I think I think that’s the way the law works. The law does not lead. The law follows, and it follows realities and images and stories, and that’s what causes things to happen,” he said.

“The worse the horrors on the ground, the more calls I get about a crime of aggression tribunal,” he added. “Governments feel intense pressure to do something.”

But it may take an even bigger political shift to convict Putin in a meaningful way. Trials in absentia are not permitted at the International Criminal Court, and even if a special tribunal were set up that could try Putin in absentia, a trial without a perpetrator present might ring hollow.

“I’m really struggling to see how there is any plausible defense to the evidence we are witnessing,” said Alex Batesmith, who served as a United Nations prosecutor in Kosovo and Cambodia and is now a lecturer at the University of Leeds law school. “But there’s no way on earth Putin will surrender to the ICC or be arrested and brought to the ICC without major cross-continental conflict or internal political shifts in Russia which don’t seem plausible.” 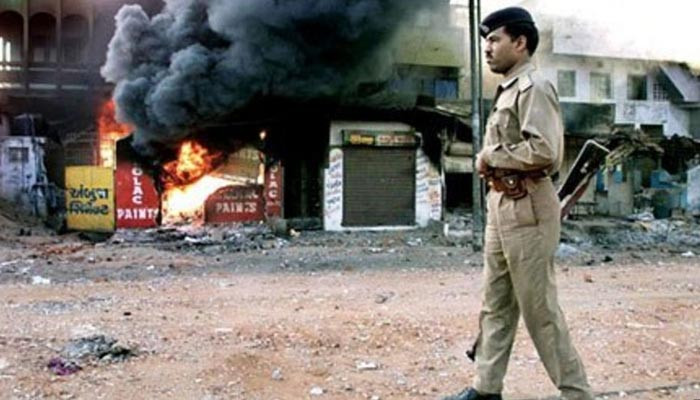